Farah Pandith is a pioneer in the field of countering violent extremism. A foreign policy strategist, author, and diplomacy entrepreneur, she has served three American presidents. She is a member of the US Department of Homeland Security’s Advisory Council, an adjunct Senior Fellow at the Council on Foreign Relations, and a Senior Fellow at the Harvard University’s Kennedy School of Government.

Appointed America’s first-ever special representative to Muslim Communities in 2009 by Secretary of State Hillary Clinton, Farah traveled to nearly one hundred countries under both Secretaries Clinton and Kerry launching youth-focused initiatives, meeting with thousands of Muslim youth at the grassroots and designing innovative platforms, initiatives, and networks.

Farah’s career in government earned her various awards including the Secretary of State’s Distinguished Honor Award. She has served on the National Security Council, the US Department of State and the US Agency for International Development. She is the main architect of the Women in Public Service Project, a first of its kind global movement launched at the US Department of State in 2011 to bring women into the public service sector. Farah was Vice President of International Business at ML Strategies, LLC in the years leading up to the 9/11 terror attacks.

Farah is a senior advisor and commissioner for CSIS’ “A New Comprehensive Strategy for Countering Violent Extremism.” Her articles have appeared in The New York Times, The Washington Post, Bloomberg View, The Guardian and The Boston Globe. 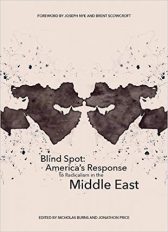 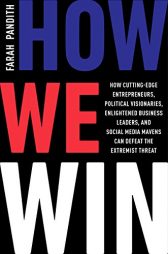