Jason Womack is a top leadership keynote speaker, best-selling author, performance expert, and Fortune 500 advisor who serves as an agent of change. With over 20 years of operational experience, Jason Womack has been involved in the creation and transformation of leadership programs, company learning, and “think-tank” style discussions focused on prioritization and engagement in the workplace.

Jason Womack gives a high energy presentation that offers strategic mindset with the benefit of practical, tactical actions that audiences can put into practice immediately.  The core message of Jason’s books and presentations is the best keep getting better. Continuing to improve your best efforts leads to personal and professional success.

Jason Womack is an internationally sought after speaker, best-selling author, performance expert and Fortune 500 advisor who serves as an agent of change.

Known for his ability to think 18-36 months ahead (and more, if the client organization is willing), he is an advisor and consultant to companies and governments on productivity, business performance, and managing through rapid change.

With over 20 years of operational experience, Jason Womack has been involved in the creation and transformation of leadership programs, company learning, and “think-tank” style discussions focused on prioritization and engagement in the workplace.

Jason has authored hundreds of leadership articles for Entrepreneur.com, Training magazine, Fast Company, and many more publications. He is bilingual and presents and coaches in both English and Spanish.

Jason has spoken for companies in 23 different countries and has spent time lecturing for universities on two continents while developing and presenting corporate learning curriculum.

A popular keynote speaker for audiences wanting to uplevel their personal performance. Jason has spoken to every industry and type of audience – from board retreats to non-profit organizations; from top sales reps to tenured university professors; from Fortune 500s to military personnel. Jason’s an adjunct professor at Air University (Maxwell Air Force Base, AL). The core message of creating your own momentum and increasing capacity is universal, while the specific delivery is customized for each audience.

Jason Womack is an avid learner who earned two Master’s degrees after earning two Bachelor’s degrees in US History and Spanish Literature at the University of California, Santa Barbara. Jason competes in Olympic distance triathlons, and in 2016 he qualified as one of USA’s most accomplished triathletes, competing in the USA Triathlon Olympic Distance National Championships in Omaha, NE.

“Jason is impossibly optimistic, impossibly organized, impossibly active, and impossibly sincere…fortunately that’s exactly what we all need, and if following his advice and example pulls us even a tiny bit closer to being and doing the impossible, we’ll be personally and collectively better for it.”

“Jason Womack has the ability to engage his audience in active participation, turning the seminar into a superior leaning experience. Jason not only gained my interest and attention quickly, but made me a believer in less than an hour.”

“I knew that if I could just clear my mind I could be so much more powerful, I just didn’t know how to do it. Things just kept coming at me and piling up. The system you showed us is ‘it’ for me. I am actively creating my lists, my files, and practices around this. You cannot put a price on the power and freedom to be present in life!” 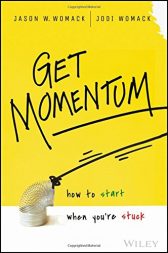 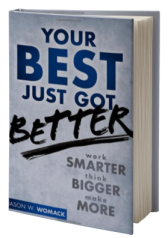 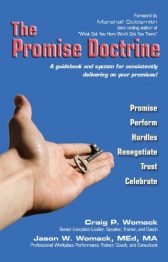 7 Keys to a More Productive Day