Jeff Greenfield is a top political speaker and an award-winning television journalist and author focusing on politics, media, and culture. He served as a senior political correspondent for CBS News from May 2007 to April 2011. He also contributed to the CBS Evening News with Katie Couric, The Early Show, CBS News Sunday Morning, and other CBS News broadcasts, as well as CBSNews.com.

What's Ahead: A Political Update with Jeff Greenfield

How the Media Have – and Have Not – Changed American Politics

If JFK Had Lived: How Would We Be Different?

Prior to his return to CBS, Greenfield had been a senior analyst for CNN since 1998. During that time, he served as the lead analyst for its coverage of the primaries, conventions, presidential debates, and election night, as well as presidential funerals and Supreme Court nomination hearings. He also reported on the media, culture, and trends for the cable network.Before joining CNN, Greenfield was a political and media analyst for ABC News (1983-1997), appearing primarily on Nightline and delivering weekly commentaries for World News Sunday. Additionally, Greenfield appeared on William F. Buckley’s “Firing Line” television program in 1968 and PBS’ “We Interrupt This Week.” He was also the the host of the national public television series “CEO Exchange,” featuring in-depth interviews with high-profile chief executive officers, for five seasons.

Though Greenfield’s reporting has taken him to locales around the world, from South Africa to Japan to Europe, he is principally known for his coverage of domestic politics and media. He has served as a floor reporter or anchor booth analyst for every national convention since 1988. He has twice been named to TV Guide’s All-Star team as best political commentator and was cited by the Washington Journalism Review as “the best in the business” for his media analysis. Greenfield has also won four Emmy Awards: two for his reporting from South Africa, one for a report on Ross Perot, and one for a profile of Robert Kennedy.A native of New York City, Greenfield graduated with honors from the University of Wisconsin, where he was editor-in-chief of The Daily Cardinal. He graduated with honors from the Yale Law School, where he was a Note and Comment Editor of the Yale Law Journal. Following law school, Greenfield worked as a speechwriter for Robert F. Kennedy, both in his Senate office and in the 1968 Presidential campaign. He then worked as chief speechwriter for New York Mayor John Lindsay. Greenfield also spent seven years working with political consultant David Garth.

A prolific author, Greenfield’s work has appeared in many publications, including The New York Times Magazine, Harper’s and National Lampoon. He is also the author or co-author of 13 books. His first novel, The People’s Choice (1995), was a national bestseller and was named by The New York Times Book Review as one of the notable books of the year. Then Everything Changed: Stunning Alternate Histories of American Politics, one of Greenfield’s most recent books, became a national bestseller and was a finalist for the 2011 Sidewise Award for Alternate History, Long Form. A chapter of the book was made into a one-hour television program that aired in the fall of 2013 on The Military Channel. His latest book, If Kennedy Lived, has been optioned for development as a mini-series. He is now at work on a novel.

Jeff Greenfield is witty, funny, good-natured, intelligent, stuffed with political knowledge, articulate, and personable. He was a big hit with our audience, and he made many friends here.

His insightful talks on the media were extremely well received and we are still hearing enthusiastic comments from our participants.

Your presentation had the right balance of humor and seriousness that fully engaged those in attendance. 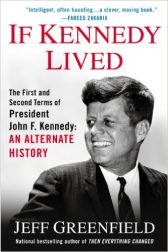 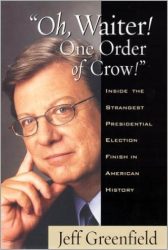 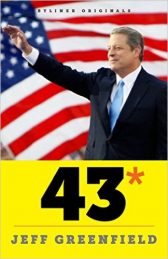 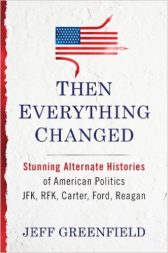