Acclaimed Thought Leader, Speaker and Filmmaker on Alternative Energy, Biofuel and the Environment

Josh Tickell’s Key Accomplishments Include . . . Josh Tickell is a thought leader at the intersection of new energy, new technology, new fuel and new urbanism. He serves as a worldwide, in-demand, strategist for Fortune 500 Companies, billionaires, and industrialists.

As an award winning producer/director his movie FUEL went viral, capturing the Sundance Film Festival’s prestigious Best Documentary Award and millions of viewers worldwide. The movie was screened in the White House and used as a template by the Obama Administration to roll out a $28 Billion dollar new energy campaign that transformed the global markets for algae, fuel and solar power.

Josh Tickell’s motto is: “The History of the Future is Being Written Today.” He educates companies on what is coming next in solar, wind, fuel, batteries, urban design, transportation, and the broad megatrends that are shaping society. Tickell has spoken to global audiences at companies such as Morgan Stanley Smith Barney and at institutions such as MIT. He can show any industry, group, or company how to save money within that industry and also how to take advantage of new emerging technologies to create wealth and profits, transforming your company into a “planet-conscious” enterprise. Tickell’s insights are practical, no-nonsense good business.

Josh Tickell has been a featured guest on the Tonight Show and Good Morning America. He is a regularly featured opinion leader in news stories on CNN, Discovery, Reuters, NBC, Fox and NPR. Articles on Tickell, his films, and his work have appeared in the Los Angeles Times, New York Times, USA Today, The Huffington Post, Maxim Magazine, Popular Mechanics and thousands of international newspapers and magazines.

Josh Tickell’s life story is a miraculous David versus Goliath tale. He grew up in an area of Louisiana, called “Cancer Alley,” home to some 150 petrochemical facilities which process 60% of America’s gasoline. The area has cancer rates that are up to 1,000 times the national average. Tickell watched members of his family suffer with severe pollution related illnesses including cancers, lupus and auto immune diseases. He rose from these adverse circumstances to become a world leader in renewable energy, raising billions of dollars for new technology companies, altering international policies and forever changing the energy future of humanity for the better.

Tickell is an active change agent in his home state. In the aftermath of Hurricane Katrina, Josh led a disaster relief project for which his nonprofit organization was selected by President Clinton as part of the Inaugural Clinton Global Initiative on Climate Change.

“A true pioneer and exciting and inspirational speaker.”

President and Founder, Real Goods and the Solar Living Institute

“Rarely do I find a presenter that is equal parts presenter, celebrity and pioneer.” 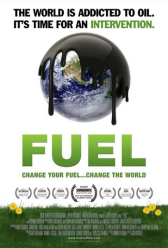