Slow Dancing With A Stranger

When Meryl Comer’s husband Harvey Gralnick was diagnosed with early onset Alzheimer’s disease in 1996, she watched as the man ...

When Meryl Comer’s husband Harvey Gralnick was diagnosed with early onset Alzheimer’s disease in 1996, she watched as the man who headed hematology and oncology research at the National Institutes of Health started to misplace important documents and forget clinical details that had once been cataloged encyclopedically in his mind. Detailing the daily realities and overwhelming responsibilities of caregiving, Comer sheds intensive light on this national health crisis, using her personal experiences—the mistakes and the breakthroughs—to put a face to a misunderstood disease, while revealing the facts everyone needs to know. Her keynote offers insight and guidance for navigating Alzheimer’s challenges. It is also an urgent call to action for intensive research and a warning that we must prepare for the future, instead of being controlled by a disease and a healthcare system unable to fight it.

A co-founder of Women Against Alzheimer’s, she is the recipient of the 2014 Wertheim Global Medical Leadership Award, 2007 Proxmire Award and 2005 Shriver Profiles in Dignity Award. Ms. Comer has provided testimony before Congress on behalf of the Alzheimer’s Association and served on the 2008 Alzheimer’s Study Group, charged with presenting a National Strategic Plan to Congress in March 2009. In 2012, she led the formation of the 21st Century BrainTrust® (21CBT), a non-profit partnership to advance mobile health technologies and brain health.

Her recent New York Times bestseller, Slow Dancing with a Stranger, is an unflinching account of her husband’s battle with early onset Alzheimer’s disease that serves as a much- needed wake-up call to better understand and address a progressive and deadly affliction. Deeply personal and illuminating, it offers insight and guidance for navigating Alzheimer’s challenges and is an urgent call to action for intensive research and a warning that we must prepare for the future, instead of being controlled by a disease and a healthcare system unable to fight it.

An Emmy-award winning reporter, veteran TV producer and business talk show host, Meryl Comer was one of the first women in the early 1980’s to host a nationally syndicated TV debate show to specialize in business news as it relates to public policy.

Concurrent with her broadcast responsibilities, Ms. Comer served as Senior Vice President for the National Chamber Foundation (1997-1999) and for 11 years prior (1987-1997) as Vice President for Communications Development at the U.S. Chamber of Commerce.

Prior to joining the broadcast division of the U.S. Chamber of Commerce full-time in 1983, Comer was VP of Broadcast for the Washington public relations firm, Gray and Company, now Hill & Knowlton. In 1981, she worked as Network Press Liaison for the Reagan-Bush Inaugural Committee. In the late 60s, Comer wrote for the Philadelphia Inquirer newspaper after graduation from her alma mater, the University of Pennsylvania. 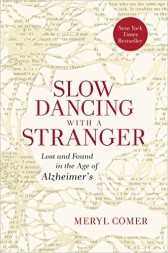