In an era of tough competition presentations that persuade, educate, motivate, and help you sell give you a competitive edge.

Your public speaking skills will increase when you learn how to:

•  Create and deliver a presentation that is on-target.
•  Speak to be remembered…for all the right reasons.
•  Utilize the three critical aspects of every business presentation.
•  Solidify your thoughts into a fool-proof structure.
•  Recognize do’s and don’ts that ensure a successful presentation.
•  Open with impact and close on a high point.
•  Connect both emotionally and intellectually.
•  Speak as an authority.
•  Minimize your nervousness.
•  Improve listener buy-in for your point of view.
•  Present persuasively, clearly and concisely.
•  Adapt and be confident in every public speaking situation.

Patricia Fripp’s experience and knowledge of public speaking is advanced. However, no matter what level of experience you have you will increase the quality of your presentation skills.

Opportunity Does Not Knock Once

This program can be delivered as a keynote speech or convention breakout session. No matter what the makeup of your audience, Patricia will adapt to the specifics of your conference and industry. ...

This program can be delivered as a keynote speech or convention breakout session.

No matter what the makeup of your audience, Patricia will adapt to the specifics of your conference and industry.

In this entertaining, thought-provoking, motivational keynote you learn that opportunity does not knock once; it knocks all the time. Often we do not notice the sound!

Learn that there are more opportunities when you:

•  Reflect on your past experience and basic talents.
•  Acknowledge your past success and build on that foundation.
•  Develop new skills, habits and attitudes.

You will be motivated to:

As a bonus! We guarantee you will have a chuckle or two along the way.

How to Promote Your Business - High-Tech, Low-Tech, No-Tech!

In this value-packed session, you will learn practical information you can immediately put into action. You will learn how to: •  Understand what your customers and prospects really ...

In this value-packed session, you will learn practical information you can immediately put into action.

You will learn how to:

•  Learn to make decisions as part of a marketing strategy.
•  Salespeople will learn to satisfy today’s vigilante customers and prospect effectively for new business.
•  Use cost-effective techniques to gain the edge over your competitors.
•  Understand how high-tech, low-tech, and no-tech work together in a marketing mix.
•  Recognize your strengths and take years off your sales learning curve.
•  Learn to sell yourself effectively in two minutes.

This session as a keynote or seminar can be adapted to any length. It is perfect for all levels of expertise, from novice to seasoned pro. The practical strategies Fripp shares virtually guarantee you and your company more success.

Getting, Keeping, and Deserving Your Customers

(Keynote speech or seminar. You pick the format or length of program that best suits your needs.) If we want to become industry leaders or have a competitive edge we need to demonstrate to our customers we are better ...

(Keynote speech or seminar. You pick the format or length of program that best suits your needs.)

If we want to become industry leaders or have a competitive edge we need to demonstrate to our customers we are better than our competition. We want to stand out and be their obvious preferred choice.

Patricia Fripp knows how to use service as a competitive advantage.

If you want to get, and keep, your customers’ loyalty you need to deserve it. The key to the success of your business does not get any simpler than that.

In this entertaining and thought provoking session, you will learn how to:

•  Create a customer service and sales environment.
•  Understand what your customers demand.
•  Motivate employees to act as if their names were on the door.
•  Conduct meetings that are educational and fun.
•  Implement the number one management tool to build a productive team.
•  Successfully attract new business.
•  Combine simple technology into your marketing mix.

Patricia Fripp enjoyed a highly-successful career in a service industry before becoming an award-winning keynote speaker and sales trainer. Her practical ideas will enable you to consistently exceed the expectations of your valued customers.

Superstar Sales Presentations - The Inside Secrets

How many more sales could you or your salespeople make if they stopped making stupid mistakes and started giving totally awesome sales presentations? Suppose there were a way to get your prospects to remember and ...

How many more sales could you or your salespeople make if they stopped making stupid mistakes and started giving totally awesome sales presentations?

Suppose there were a way to get your prospects to remember and repeat what you say to others in their organization. Remember, every sales presentation is a captured or a missed opportunity.

Attend this session and you are guaranteed to learn how to:

•  Properly structure your sales presentation.
•  Emotionally and intellectually connect with every prospect.
•  Effectively create third person endorsements.
•  Interact with visuals or PowerPoint®.
•  Take your satisfied clients with you.
•  Be remembered and repeated.
•  Be more powerful and persuasive.
•  Close on a high.
•  Discover the mistakes most salespeople make.
•  Improve listener buy-in for your point of view.
•  Stand out from your competition.

Patricia Fripp is the author of two books, Get What You Want! and Make It, So You Don’t Have to Fake It!, and co-author of Speaking Secrets of the Masters and Insights into Excellence. She is featured in the Bullet Proof Manager video series and starred in the popular training film Travel the Road to Success: An Adventure in Customer Service.

For over 30 years, Patricia has maximized her client’s investment, delighted audiences, and transformed sales teams. Her personalized content and powerful presentation skills consistently exceed client expectations.  Since 1980 Patricia Fripp has spoken to over 100 groups every year, including Microsoft, ADP, Jeppesen, SAP, CISCO, Wounded Warrior Project, American Payroll Association, IBM, Genentech, VISA, and KPMG, many of them repeat engagements. This includes Fortune 100 companies and major associations worldwide. The National Speakers Association (NSA), with more than 4000 members, elected her their first female President in 1984. Patricia Fripp has won or been awarded every designation given by the NSA, including their Hall of Fame and their highest honor, the Cavett Award, considered the “Oscar” of the speaking world.

More About Patricia Fripp . . .
Patricia Fripp’s hobby of avid movie going and attending screenwriting seminars adds an extra pizzazz to her training sessions that is not generally found with other speech coaches. A media star herself, Patricia Fripp has been featured in the press and on TV for over thirty years.

Patricia Fripp keeps good company, and is a Founding Faculty member of MentorU.com, a distance learning company of world-class business experts providing training utilizing the latest Internet technologies. Patricia Fripp is also a member of the prestigious Speakers Roundtable, consisting of twenty-two of the most successful, in-demand speakers in the country.

“You played a key role in helping 1,800 attendees “Tune into Payroll Success.” Without missing a note, you showed them how to cut out the clutter, master technique, and celebrate every single stage of life. When it comes to engaging the audience, you are the maestro!

“You sent them out ‘buzzing’ which was our objective. Thank you for sharing your nuggets of experience and wisdom with our crowd. The First American Title audience appreciated the feminine perspective and the fact that you controlled your destiny with the decisions you made about your upward mobility throughout your career. That message rang true with a lot of our folks.” 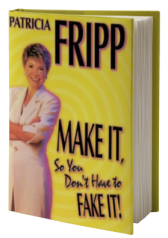 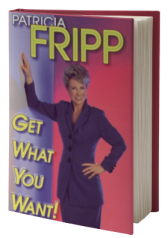