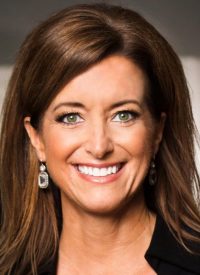 The President Will See You Now

“The President Will See You Now: My Stories and Lessons from Ronald Reagan’s Final Years” is an affectionate and intimate memoir, based on Peggy’s decade working for Ronald Reagan after he left the White House.  From the viewpoint of an insider, she shares behind-the-scenes stories, candid photographs, humorous moments, and poignant insights into one of America’s most beloved presidents.

Starting in the Office of Ronald Reagan as a college student and quickly earning her way into a coveted role as the president’s Executive Assistant,  Peggy offers an unparalleled perspective on the postpresidency of a political icon, revealing a unique, private side to a public figure and world leader.  She shows how Ronald Reagan remained true to core beliefs, gentlemanly kindness, and undying hope for this country to the very end.

Interest in the life, leadership and legacy of Ronald Reagan continues to be strong, and Peggy brings our 40th President to life in meaningful and memorable ways that both sides of the political aisle will cherish.  Without focusing on policy or politics, this personal look is at the man himself – a man of character, vision, principles, optimism and patriotism.  From a front row seat perspective, Peggy shares what leadership looks like at the highest and best and how Ronald Reagan’s timeless example can help return civility into our dialog and excellence into our culture.  Audiences will walk away feeling equipped and inspired to lead with increased intention and live lives of lasting impact.

Be a Gateway, Not a Gatekeeper, and Other Lessons from the Front Row

With a decade of experience working as the Executive Assistant ​to​ President Ronald Reagan in his post-presidency office, Peggy Grande has served at the highest level of the EA​ profession​.  She​ knows what it takes to not just survive – but to thrive​​.  She shares stories and insights learned directly from​ her ten years working alongside a global icon and discusses the importance of developing an executive presence and a leadership mindset, regardless of your title or role.

As a wife and mother of four, Peggy also knows firsthand the challenges of juggling personal and professional life and will reframe the myth of work/life balance in a new and positive way.  She approaches the EA role from a fresh and inspiring point of view which will challenge, motivate and​ provide renewed perspective and enthusiasm the job.

She will talk about:
– The importance of both the mechanics and the mindset of the EA role in order to be truly successful.
– The vital difference between establishing a partnership vs. becoming a partner.
– Seeing yourself as a leader and setting the pace and the tone for your workplace.
– Prioritizing People amidst productivity, ensuring relationships remain intact.
– Learning to Lead, Live and Leave the Lasting Legacy of your own choosing.
– What’s next for the future of the EA/PA profession – where the role is headed and how to get there.

Peggy brings the role to life in authentic, practical and inspiring ways.  Let her encourage your team of support staff to fulfill their roles with greater enthusiasm and excellence.

Be Fascinating and Leave a Lasting Legacy

Living a life with authenticity, kindness, optimism, impact and learning to “wow” and fascinate others will make you memorable. By cultivating these traits, you will effectively inspire and motivate those around you, build stronger and more expansive connections within your community, and engage more positively with your colleagues. In the end, isn’t that what we want? To know that we have inspired another person? To trust that we will be remembered after we are gone? To feel like our lives have meant something meaningful and lasting?

Using a personal branding tool called, “The Fascination Assessment”, Peggy will help you identify and articulate the best of how the world uniquely sees you. Everyone has certain naturally fascinating qualities which positively shape how the world sees them. These are their Advantages. When properly applied, these Advantages help individuals create stronger relationships, grow their business, rise above the competition, and become intensely valuable to those around them.

Peggy is part of a small, select group of certified advisors in the United States who are trained and qualified to administer the Fascination Assessment and assist audiences through the process of creating their own personal “Anthem” based on their Advantages.  She can also guide smaller groups through writing customized marketing copy which helps articulate to the world how they uniquely add value and fascinate.

President Ronald Reagan chose Peggy Grande to work at his side for 10 years, and together they created a powerful partnership. Serving as his post-presidency Executive Assistant, Peggy was the liaison between Ronald Reagan personally and his staff, the public, local dignitaries and world leaders. She ensured that his events, travel, personal and political relationships and day to day operations were handled efficiently and effectively. She had a  front row seat to history and got to know Ronald Reagan the man, not just the president.

She drafted and managed correspondence for his original signature, reviewed invitations, scheduled visitors, appointments and phone calls and attended to a wide range of office and personal needs. Peggy traveled with him regularly and was also his post-presidency official photographer which gave her a behind the scenes view of his private interactions with everyone from the general public to heads of state, including Gorbachev, Margaret Thatcher, Brian Mulroney, Helmut Kohl and even a saint – Mother Teresa. Peggy witnessed first-hand leadership on display at its highest and best. It was the honor of a lifetime for her to have known and worked closely with one of the greatest political figures of our era.

As a keynote speaker, she shares principles of leadership and excellence with corporations, non-profits, C-Suites, political groups, students and executive assistants. She is a certified consultant for the Fascination Assessment, and uses it to help individuals and companies discover and articulate their highest value. She is an opinion writer for FoxNews.com and contributes on-air commentary regularly for Fox News as well.

Peggy is a graduate of Pepperdine University with a degree in Organizational Communications and Business. She lives in Los Angeles with her husband and their four diverse and accomplished children. 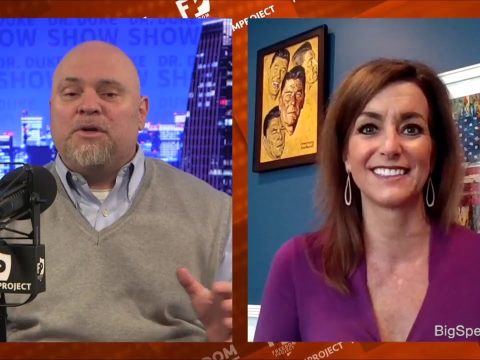 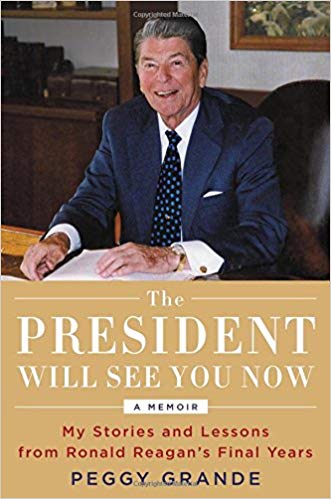 The President Will See You Now: My Stories and Lessons from Ronald Reagan's Final Years 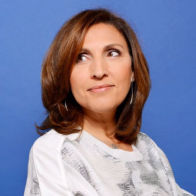 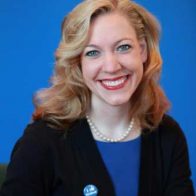 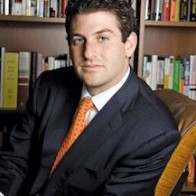