How to Create, Win and Dominate Markets

Philip Kotler’s Main Accomplishments Include . . .
Dr. Philip Kotler is the S.C. Johnson & Son Distinguished Professor of International Marketing at the Northwestern University Kellogg Graduate School of Management in Chicago. Philip Kotler is hailed by Management Centre Europe as “the world’s foremost expert on the strategic practice of marketing.”

Philip Kotler presents continuing seminars on leading marketing concepts and developments to companies and organizations in the U.S., Europe and Asia. Dr. Kotler also participates in client projects and has consulted to many major U.S. and foreign companies – including: IBM, Michelin, Bank of America, Merck, General Electric, Honeywell, and Motorola – in the areas of marketing strategy and planning, marketing organization, and international marketing.

Philip Kotler has traveled extensively throughout Europe, Asia and South America, advising and lecturing to many companies about how to apply sound economic and marketing science principles to increase their competitiveness. Dr. Kotler has also advised governments on how to develop and position the skill sets and resources of their companies for global competition. 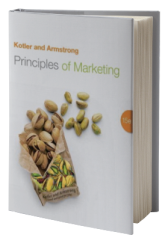 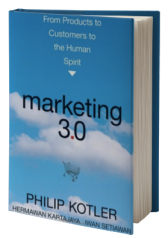