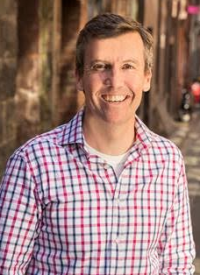 Co-Host of #techtopia, One of Australia's Most Respected Futurists and Business Technologists

Disruptive Technology- Are You Future Proof?

A mind-spinning journey detailing our changing world as we enter technological age. What we learned at school, university and business college is now severely outdated. Steve outlines the shift which will displace dominant players and give rise to new commercial heroes. Steve illustrates how all of the major factors of production are being disrupted forever. Everything is up for grabs, including your job, your industry and the customers you are chasing. Are you brave enough?
Key content:
– Accelerating the pace technology
– Technology’s influence on pop culture
– New business strategy in technology driven world.
– Leave motivated with practical advice on what to do next.

Marketing Reinvented: Rules Of Marketing In This Technology Age

An inspiring talk which demonstrates how traditional marketing methods have been turned upside down forever. Steve illustrates how technology has impacted the marketing mix and why the new dominant players in many industries were actually born after the internet. Steve demonstrates how you can adopt this new thinking paradigm to beat your competition.
Key Content:
– How to win in the data age
– Marketing in a post mass media world
– How technology facilitates creativity and collaboration
– How to build platforms in order for your brands to thrive.

Startup Strategy - What Big Companies Must Learn From Silicon Valley

Startups 50% of Fortune 500 companies dropped out of the list in the last 10 years. All have been replaced by startups. Steve uncovers the key strategies that startups use to cost-effectively grow their business and disrupt major global players using simple technology hacks. You will be left with no doubt that, during a revolution, every business must act like a startup again.
Key Content:
– Invisible competitors – why your challengers come from other industries
– ‘System Hacking’ (the good kind of hacking) and how it can used
– Technology era business and revenue models
– Why brands must connect directly with customers
– Agile methodology and how it enables fast and low cost innovation
– All delivered in an easy to understand ‘non tech talk way’ which leaves people inspired and
motivated to do cool things

Steve wrote his first lines of computer code at age 10. He is one Australia’s most respected futurists and business technologists. He has an incredible ability to make sense of how emerging technology applies to your industry.

He is a born entrepreneur, and had his first startup at age 12 – an organic egg farm before the words “organic” or “startup” had been invented! He even started a clothing business part time and managed to build up the business to a point where he sold it. He used to start work at 5 am, sell to customers at lunch time and do the administration at night.

After completing studies in Economics and Finance at University he worked in multiple Fortune 500 companies including Proctor & Gamble, SAB Miller, Kimberly Clark, Mondelez (Kraft / Cadbury), WPP (the world’s biggest media company). He held many senior positions culminating in Directorships before decided to revert to his true passion for technology. His experience means he intimately understands the disruptive forces many established companies are facing today.

Steve has had multiple technology startups and he launched one of the first ‘Sharing Economy’ startups Rentoid.com, before Uber or Airbnb. Steve had a successful exit selling the startup to a public company. He now invests in emerging technologies and has multiple advisory board positions in startups involved in a variety of disruptive technologies across the Airline Industry, Automotive, Real Estate & Co-working, Internet of things, Quantified Self, Mobile applications, and 3D Printing technologies. Steve is heavily involved in the startup scene in Shanghai, China and has a passion for the culture. He travels there regularly for business and even speaks Mandarin.

Extreme projects are something Steve loves doing, in order to demonstrate what is possible today. He knows how to generate attention in the modern age of marketing with a number of his viral videos to his name. He recently built a full size driveable Lego car from 500,000 pieces. It has an engine made completely from Lego, and it runs on air. He also crowd funded the project on Twitter. It has over 8 million views on Youtube and was a global news story. He also put a toy space ship into earth orbit for under $2000 to prove how cheap powerful technology has become.

His debut book, The Great Fragmentation is a technology strategy manifesto for the modern age. It has been translated into multiple languages and has received rave reviews from some of the world’s leading business thinkers. It has a 5 star rating on Amazon.

A media commentator on technology and the future, Steve is a regular on the ABC and provides expert assessment on the rapidly evolving technology sector. He has also been featured on the BBC, The Smithsonian Institute, The Discovery Channel, Mashable, Wired, The LA times, The Tonight Show with Jay Leno and even had documentaries made about his projects.

Steve is guaranteed to insert the energy and knowledge into your event your audience needs to be excited about what’s possible for them in the future.

The Great Fragmentation: And Why the Future of Business is Small 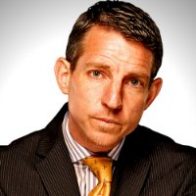 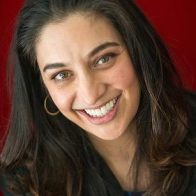 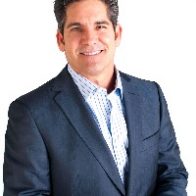