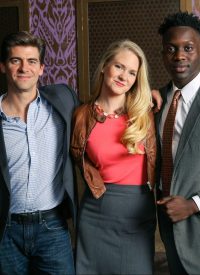 GETTING TO GREAT PERFORMANCE

Imagine a keynote that completely engages your audience, pumps the room full of energy and delivers relevant, easy-to-apply tips on how to knock down barriers that stand between you and top-level performance.  Well, you don’t have to imagine.  The award-winning singing comedy act, The Water Coolers, can deliver it right now.

They combine insights from two places: their writing team — which includes both business people and professional comedy writers; and their cast members — performers who compete and win in the most competitive market in the country, New York City.  Together, they convey a fresh, unique, authentic perspective about achieving and maintaining peak performance in today’s world.

Attendees will take away techniques in 3 areas.

Facing the fear that blocks innovation.  Customer expectations are changing every day.  You need to innovate to meet them and that means overcoming the fear of putting yourself on the line.  As NYC-based performers, The Water Coolers spend their lives on the line and share tips to maintain the confidence to deliver.

Unguarded, trust-based collaboration – the kind that reaches a creative level.  You hear a lot about collaboration, but true collaboration needs to rise above the respectful exchange of ideas to ignite a creative process where ideas feed off of on another.  As a nationally recognized comedy act, The Water Coolers team is constantly building this dynamic and will share some of the techniques they use to do it.

Focus in a time of unparalleled distraction.  Got a great idea and ready to make the magic?  Wait, your phone is ringing.  Hold on, your 12-year old is sending you a text (that you can’t decipher).  Wow.  Does anyone know how long it takes for 137 emails to drop in?  Focus is fundamental to a great performance. Come behind the scenes with these seasoned NYC pros to learn about the tools they use to get in the zone and stay there.

If you’ve talked about it around the water cooler, odds are THE WATER COOLERS have a hilarious song about it. Your audience will love the way they send up the crazy-making aspects of having a job — annoying co-workers, office distractions, the pitfalls of electronic communication, keeping up with technology to name a few. They can also write custom songs specifically for your audience and event.

THE WATER COOLERS open with a roof-raising number customized to the event that tells the audience, tonight will be special. They keep the energy high with mini-tribute songs introducing the key awards, award categories, departments, or individual winners. Upbeat keyboard music plays while winners cross to the stage and they cap off the event with a rock anthem style comedy finale featuring lyrics written specially for the entire group of winners or organization.

As with all their material the approach is celebratory, completely appropriate, and always funny. If you’d like, they can also weave in short sets of material from their act to infuse even more entertainment throughout the evening. It’s completely up to you.

THE WATER COOLERS will use their trademark super funny songs to warm up, refocus, refresh, and energize your audience as they host or emcee your program.  Each hosting job is unique, but here’s an example of how they can provide a motor that delivers momentum and clarity to the event.

They might kick off the program with a 15-minute music and comedy performance to warm up the audience and focus them on what’s ahead. Then they musically introduce the speaker that follows them, bringing him or her onto the stage seamlessly to keep the momentum going and return to the stage as needed to transition the program from topic to topic and speaker to speaker.  After a break, they may do a comic rock number called “Gotta Take a Seat Now” that brings people back from the break and refocuses them on the stage so that the next speaker gets maximum impact. To wrap up, they often do a custom big send-off rock anthem.

For nearly 15 years, THE WATER COOLERS have entertained audiences around the world, as far reaching as Singapore and Australia, with their high energy, uncommonly funny, honest take on work and life. Smart phones, conference calls, kids, co-workers, and travel are just a few of the topics this group of top NYC talent turns into hilarious sketch comedy and song. They are one of the few acts to win Event Solutions magazine’s Spotlight Awards for Entertainment of the Year multiple times.

Their writing team mixes professional comedy writers with people working in the “real world” to deliver an authentic and funny take on work. The team is headed up by one of the creators of New York’s longest running comedy hit ever, “Tony n’ Tina’s Wedding” whose other comedy credits include numerous appearances on The Conan O’Brien Show, and voicing Peanut on the Cartoon Network’s cult hit, “Harvey Birdman, Attorney At Law,” also starring Stephen Colbert and Gary Cole.

The performing cast is made up of New York professionals with resumes including top comedy clubs like Igby’s, the Improv, the Comic Strip, and the Icehouse as well as many Broadway production including Gloria Estefan’s “On Your Feet,” “Jersey Boys,” Carole King’s “Beautiful,” “Dear Evan Hansen,” “Wicked,” “Rock of Ages,” “Legally Blonde”, “The Adams Family” “Chicago” “Hair”, “Pippin”, “In The Heights ,” “Les Miserables,” “Mamma Mia,” and “The Boy From Oz” with Hugh Jackman.

Clients include Fisher Price, IBM, Hewlett Packard, Microsoft, Boy Scouts of America, Brother International, Bingham, and Genentech among many others. 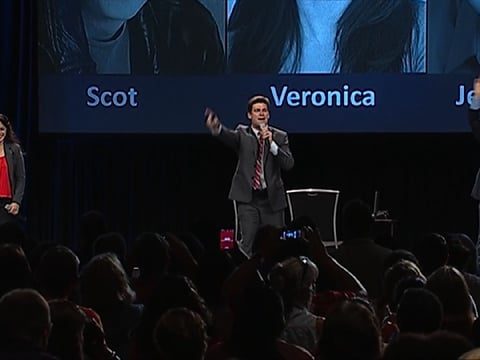 Getting to Great Performance- The Water Coolers 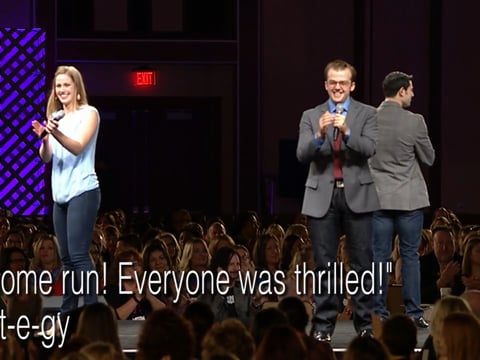 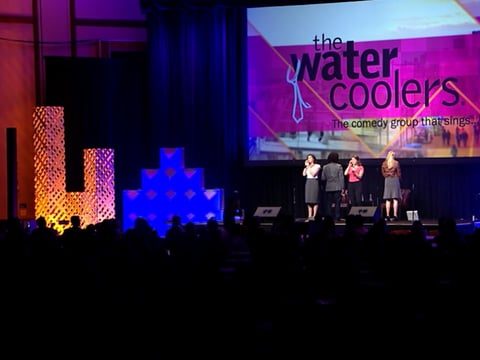 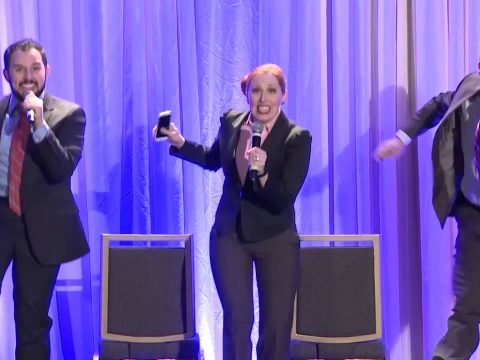 "Working in the Meeting" - The Water Coolers 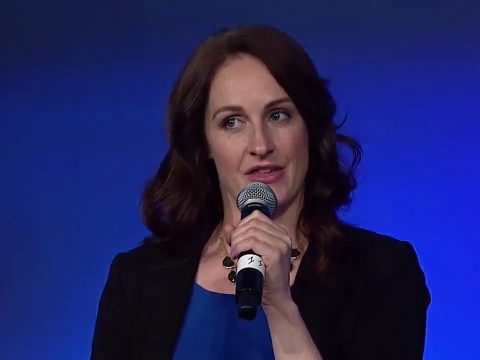 "I Want it Back"- The Water Coolers 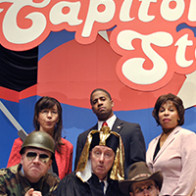 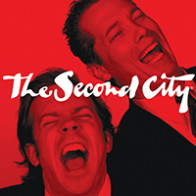 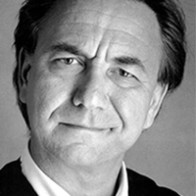