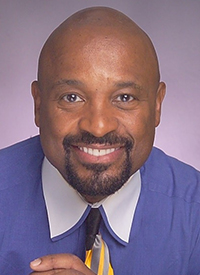 Achieve More with an Attitude of Excellence

Dr. Willie Jolley answers the age-old question of, what are the key secrets that sustain successful organizations through difficult times. His answers are born out of his work with helping Ford Motor Company go from the brink of bankruptcy in 2006 to being positioned to reject the Government bailout in 2009, and on to billion profits every quarter since 2009. Success magazine called him “Ford’s Secret Weapon!” In this program Dr. Jolley shares strategies and ideas that your attendees can employ to transform their businesses as well.

Upon completing this program, participants will:

How To Be Unstoppable! Leadership & Achievement

Willie Jolley shares his strategies on leadership development and how leadership is an action not a position! Great leaders always focus on the possibilities rather than the challenges! They are willing to do what is necessary rather than what is comfortable!

Leaders look to develop more leaders rather than more followers! If you are an association executive, sales professional, business executive, entrepreneur or manager, with this program you will experience renewed enthusiasm and push towards reaching and exceeding your goals!

This program is designed to develop more leaders and to set them on a course for becoming unstoppable!

Change Is Good...When Your Attitude is Great!

Change Happens! Life Happens! Stuff Happens! In this program, the audience buys into the positive perspectives of change! Change is essential to any growth process. While everybody wants progress, but nobody wants to change! Yet, progress always necessitates change; and change is the key to progress!

Willie Jolley shares his “VDAD” (Vision, Decision, Action, Desire) Formula for successfully embracing change! You will leave this program viewing change as an ally – not an enemy! You will leave ready to implement the formula to drive positive change in your organization! You will leave believing that change “truly” is good when your attitude is great!

With ongoing corporate downsizing and restructuring, people are painfully aware that job security is a thing of the past! Yet, there are specific attitudes that can be nourished and enhanced to ensure you’re always in demand! Learn the strategies for staying employable and being an asset to every organization!

Dell, Marriott, Wal-Mart, Sodexho, AllState Insurance, Federal Reserve Board, BlueCross BlueShield, the Marines, Raytheon, Chase Manhattan … they all have a secret! They all use Willie Jolley! In addition, each is relentless in the pursuit of their goals! Each of these organizations is successful and respected within and outside of their sectors. They each set benchmarks that others follow!

What common threads weave these private, public and even non-profit operations together in success, other than Willie Jolley? What is their secret? Why do their operations meet and exceed their goals, year after year, while similar operations struggle to stay afloat in a sea of red ink? What is the secret to their success?

“5 Simple Steps To 5 Star Success” is Willie Jolley’s answer to the age-old question: “What secrets help “5 star” organizations create consistent success? What are they doing that we need to start doing – NOW?!”

Willie Jolley’s answers come from his work with leading decision makers, spanning more than a decade. In the professional development field, he has helped leaders get their people to believe they can triumph in the face of changing leadership, attitudes and market conditions!

While working with “5 star” organizations (companies that grow their people, performance and profits – exponentially) Willie Jolley realized there were consistent, specific strategies (which he later came to call “simple steps“) that always co-exist with “5 star” operations. They are called “simple steps” for they are available to all, but practiced poorly and inconsistently in the market place.

These “simple steps” create “an incredible program that mixes leadership, change management, teambuilding and customer service… all into one program! This program had such a powerful impact that we had to bring Mr. Jolley back to Japan twice in the same year!” Carlos Saldana, US Marines Corps Community Service, Okinawa, Japan

Successful organizations know that in order to have consistent “5 star” success you must begin with “5 star” people. And Willie Jolley says, “If you cannot hire “5 star” people… then you must make them!”

“5 star” organizations know the value of the “5 star” employee. Investing in the growth and the development of their people is an integral part of their culture! Growing their people helps them beat the competition; and this, of course, is excellent for their bottom line!

Willie Jolley creates a program environment that keeps the audience on the edge of their seats; laughing one moment and in awe the next. Anxious for the next “simple step” they take notes and mob him after his presentations!

“5 Simple Steps For 5 Star Success” is the program you need to solidify your “5 star” position in the market place!

Now Wake Up! and consider the endless possibilities for your organization for the New Year!

How To Stage A Stellar Comeback When Life, The Economy Or Your Competition Deals You A Setback!

In this exclusive presentation, Willie Jolley shares techniques, ideas, principles and strategies on how to turn setbacks into comebacks. This program is based on his collection of stories, taken from his best selling book, A Setback Is A Setup For A Comeback.

Willie Jolley highlights what ordinary people did to comeback from overwhelming adversity. Furthermore, he He hexplains how to apply these principles to life’s trials and tribulations to achieve success! While others may talk about turning setbacks into comebacks, Willie Jolley wrote the book!

Do you view your setback as the “end” of the road or just a “bend in the road?” This program will inspire, inform, motivate and educate your attendees to use Willie Jolley’s specific strategies to comeback from professional and personal challenges.

There are many motivational speakers, and then there is the one, the only, the incomparable Dr. Willie Jolley. He has been described simultaneously as a world-class, award-winning speaker and singer, best-selling author and media personality.

Dr. Willie Jolley has achieved remarkable heights in the speaking industry, having come from humble beginnings as a fired singer, who was replaced by a karaoke machine! He has gone on to be named “One of the Outstanding Five Speakers in the World” by the 175,000 members of Toastmasters International, inducted into the Speaker Hall of Fame and achieved the distinction of Certified Speaker Professional by the National Speakers Association. He’s the recipient of the Ron Brown Distinguished Leadership Award, named “One of the Top 5 Leadership Speakers” by Speaking.com and Business Leader of The Year by The African American Chambers of Commerce.

Dr. Jolley uses his public platform to pursue his mission of empowering and encouraging people to rise above their circumstances and maximize their God given potential! Many know him as the speaker Ford Motors called on when they were on the brink of bankruptcy. His work helped Ford reject a government bailout and go on to Billion Dollar profits!

No matter the venue, from his iHeartRadio podcast to his SiriusXM Radio show, to his audiences like Walmart, Comcast, Verizon, Marriott or The Million Dollar Round Table, Dr. Jolley keeps it moving with high energy, high content and great enthusiasm. He delivers memorable nuggets and usable strategies on how every person can live a better life, one day at a time!

Dr. Jolley’s the author of several international best-selling books including: It Only Takes A Minute To Change Your Life, A Setback Is A Setup For A Comeback, Turn Setbacks Into Greenbacks and An Attitude of Excellence, endorsed by Dr. Stephen Covey.

More About Willie Jolley . . .
Willie Jolley is an award winning singer. He is a five-time Washington Area Music Association (WAMMIE) Award Winning singer for “Best Jazz Singer” and “Best Entertainer”. His CD was the number one downloaded Motivational Music on the Apple iTunes site and is a top seller in stores across America.

As host of the national radio program, The Willie Jolley Weekend Show on XM Radio, Willie Jolley is making a major mark on the talk radio scene. His syndicated daily feature, The Willie Jolley Motivational Minute, can now be heard in over 50 markets, nationally. In addition, his syndicated column is read by over 6 million readers via the internet. Willey Jolley has also appeared on television with his ground breaking PBS special for teens Dare 2 Dream, Dare 2 Win.

Willie Jolley received his BA in Psychology and Sociology from The American University and Wesley Theological Seminary. His mission in life is to help people maximize their God given talents and abilities so they can “Do More, Be More and Achieve More! 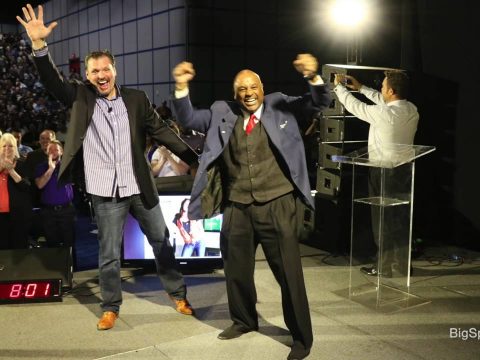 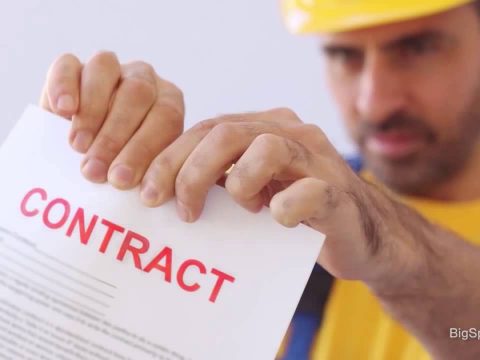 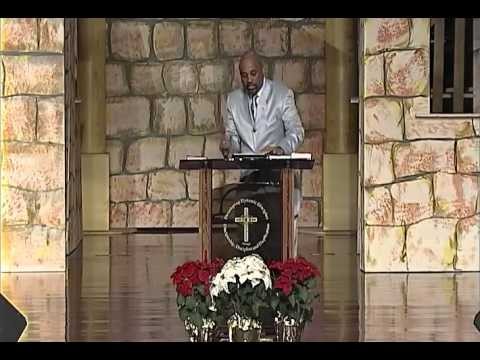 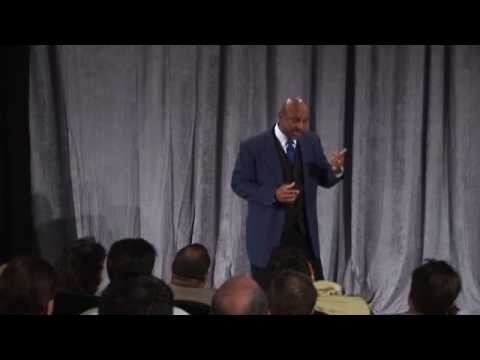 Willie Jolley- The Will To Win *Winner's Attitude 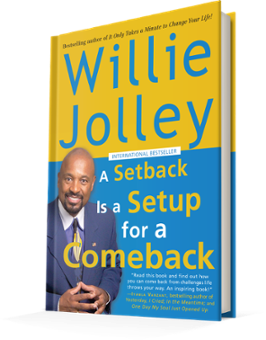 A Setback Is A Setup For A Comeback 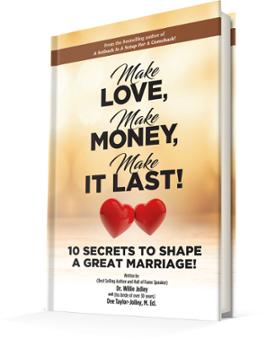 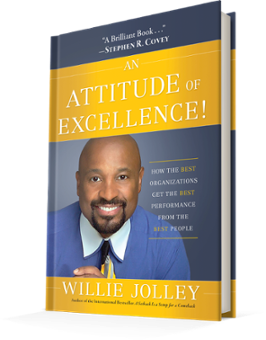 An Attitude of Excellence 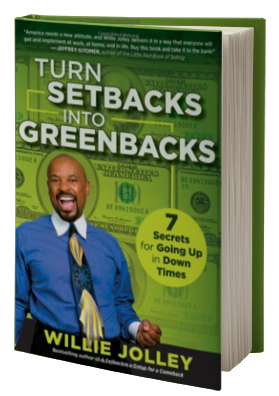 Turn Setbacks into Greenbacks: 7 Secrets for Going Up in Down Times 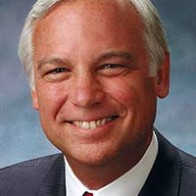 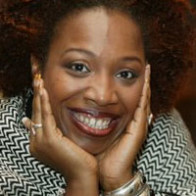 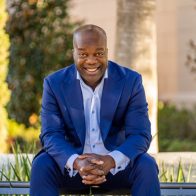