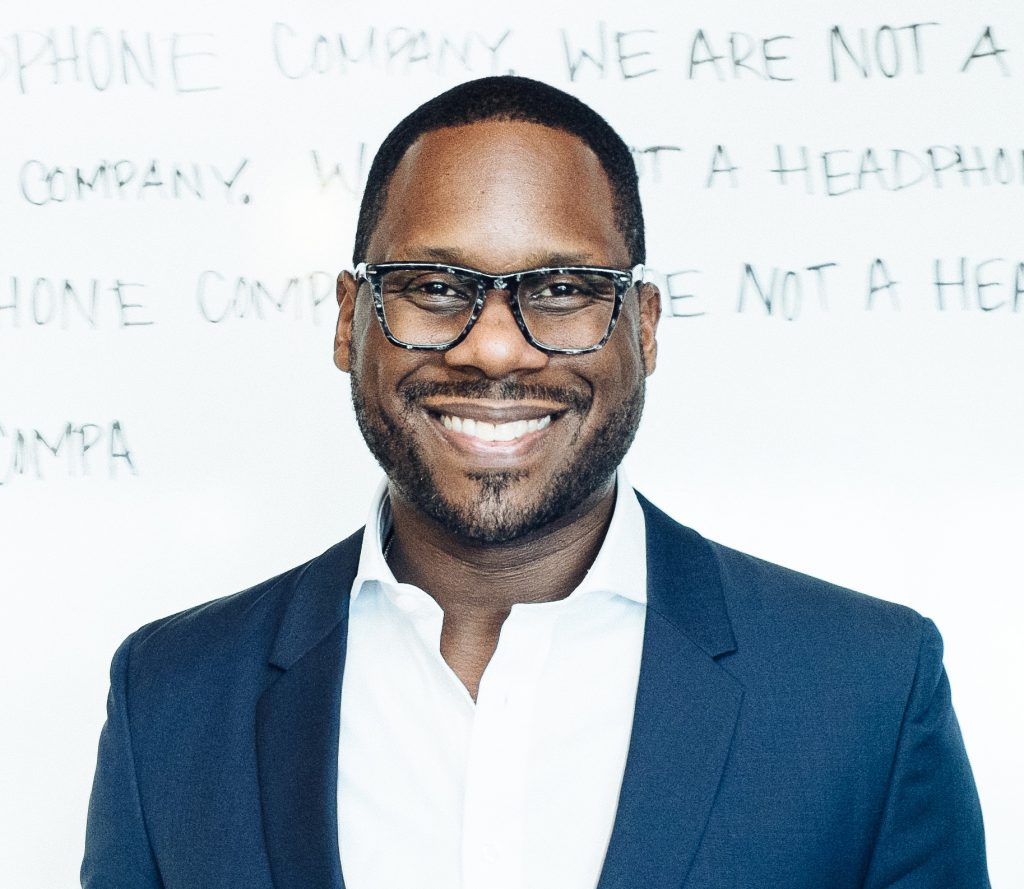 BigSpeak is thrilled to announce that several keynote speakers grace the inaugural Blacklist100, which celebrates the top 100 black thought leaders in the world. BigSpeak exclusive speaker Omar Johnson (former CMO of Beats by Dre) and Cynthia Marshall (CEO of the Dallas Mavericks) are two of the featured names on this list with plenty of other top thought leaders that are ready to speak at your corporate event.

Omar Johnson is a top marketing and branding keynote speaker and entrepreneur. The former Chief Marketing Officer at Beats by Dre and former VP of Marketing at Apple, Johnson, has been labeled a “brand genius” by Adweek. He drove explosive growth at Beats, leading groundbreaking campaigns such as #ShowYourColor featuring celebrities such as LeBron James, Chris Rock, and Eminem.

Whitney-Gayle Benta is a top business keynote speaker and the Senior VP of Talent Relations of REVOLT. In 2013, she was appointed the Sr. Vice President of Music & Talent for Sean “Diddy” Combs’ REVOLT, the music mogul’s forthcoming celebrated cable network. She has been nominated and won several awards, including the United Nations honoring her for her work on “JAY-Z: Water for Life.”

Nadia Lopez is a top business keynote speaker and the Principal of Brooklyn’s Matt Hall Bridges Academy. BET Networks honored Nadia alongside First Lady Michelle Obama with the Change Agent Award at the Black Girls Rock show. Nadia impacts the lives of children through her “She Is Me” and “I Matter” initiatives, which have helped thousands of children throughout Central Brooklyn by providing workshops, forums, and mentoring.

Justin is a top technology keynote speaker, and STEM thought leader. He is also the Founder and Executive Director of Fascinate, Inc., a nonprofit that partners with organizations such as Microsoft, Google, and the MIT Media Lab to excite underrepresented students about STEM careers. His TEDx talk on “How to Talk to GenZ” has over 350K views on YouTube.

Koya Webb is a top health and wellness keynote speaker and educator. She starred in the reality show “Yoga Girls”, and she’s had a roster of celebrity clients including Stevie Wonder, India Aire, P. Diddy, Ashley Judd, Rev Beckwith, and Les Brown. Koya’s expertise has been featured on national media outlets such as Goop, Forbes, NBC, CBS, The Steve Harvey Show, Essence, the cover of Oxygen, and others.

Angela Brown is a top business keynote speaker and the founder of Empowering Actions, LLC. She travels the world, speaking to companies about the R-4 Factor of Personal Leadership Effectiveness that she developed through her corporate and entrepreneurial experiences. She has trained firms such as NASA, Wells Fargo, and the Federal Reserve Bank, to name a few.

Maverick Carter is a top business keynote speaker and the founder of LRMR Management Company. A close friend of basketball superstar LeBron James, Carter was the orchestrator of “The Decision”, a TV special where LeBron announced he was leaving Cleveland for Miami.

Angela Benton is a technology speaker, entrepreneur, and the founder of NewME. She launched BlackWeb 2.0 in 2007, a multimedia platform that filled a much-needed void by becoming vital for African-Americans interested in technology. A storyteller at heart, her first book, a memoir, lends lifelong insights and lessons learned on rebuilding a better, more sustainable life after setbacks instead of killing yourself chasing success.

Bryan Stevenson is a top social justice keynote speaker, human rights activist, and author. He is the founder of the Equal Justice Initiative, a law practice dedicated to defending some of society’s most marginalized individuals. He served on President Obama’s task force on 21st century policing. In 2018, the Equal Justice Initiative opened a museum to commemorate how slavery, lynching, and racism paved the way for modern-day police brutality.

Cynthia is a top diversity keynote speaker and the CEO of the Dallas Mavericks. Before joining the Mavs, she founded Marshalling Resources, a consulting firm specializing in Leadership, Diversity & Inclusion, Culture Transformation, and overall optimization of people resources. More recently, Marshall was named one of Adweek’s 30 Most Powerful Women in Sports and was selected as one of the 2019 Women of Power Legacy Award honorees by Black Enterprise.

Darren Walker is a top business keynote speaker and the President of the Ford Foundation.  Before joining Ford, Darren was a vice president at the Rockefeller Foundation, overseeing global and domestic programs, including the Rebuild New Orleans initiative after Hurricane Katrina. Walker has been featured on several annual media lists, including Time’s annual list of the 100 Most Influential People in the World, Rolling Stone’s 25 People Shaping the Future, Fast Company’s 50 Most Innovative People, and OUT Magazine’s Power 50.

Sarah Cooper is a top entertainment keynote speaker and best-selling author. In 2020, she has become immensely popular on the social media app Tik Tok for lip-synching President Trump’s press conferences. In 2019, Cooper became a writer/correspondent for Old News, a CBS All Access pilot created by Opus Moreschi with executive producer Stephen Colbert.

Linda A. Hill is a top leadership keynote speaker and the Wallace Brett Donham Professor of Business Administration at Harvard Business School. Her book Breakthrough Leadership was the winner of the 2013 Brandon Hall Group Award for Best Advance in Unique Learning Technology. The book was included in the Wall Street Journal as one of the “Five Business Books to Read for Your Career…”

We are happy to share this list of Black Thought Leaders with you, and any of these speakers can be booked for your next event! Diversity and inclusion have never been more necessary than in today’s society, and every speaker on this list can tailor a message that is sure to strike a chord with your organization. Please contact BigSpeak with any questions you may have about the above speakers at info@bigspeak.com.