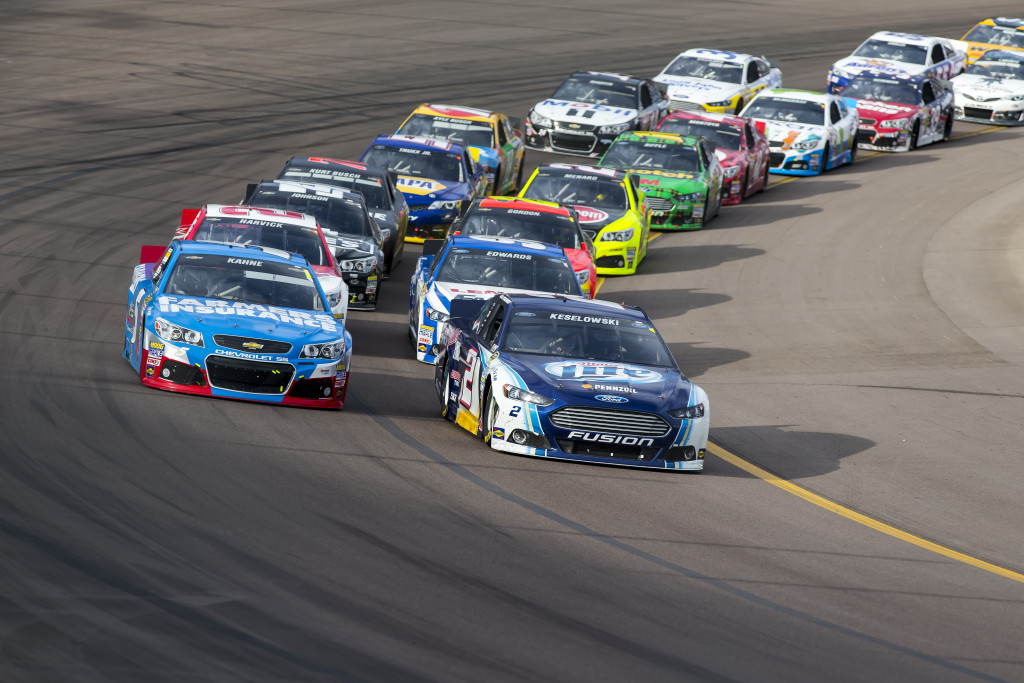 Auto racing is a lot like business. It takes courage, leadership, dedication, a passionate team and a desire to beat the competition. It also requires experience and a willingness to continually learn and improve.

That’s exactly what draws businesses to these top NASCAR and Indy race car speakers. From coaches to sports psychologists to record-breaking racecar drivers, these speakers offer inspiring stories of perseverance, high-octane excitement and triumph on the racetrack. While this diverse group comes from different backgrounds, they each have motivated business leaders to hone their leadership and team-building skills and to put the pedal to the metal when it comes to driving business success.

Mark is not only an expert on race cars; he’s also an expert on managing top racecar teams. As the Managing Director of CMS Motor Sport Ltd. Business and co-owner of Status Grand Prix, Mark has earned a reputation for excellence in the auto racing industry. He is one of the top Nascar & Indy Race Car speakers of 2015 and shares his one-of-a-kind stories of triumph, including competing in the Le Mans 24 Hours sportscar race four times. Mark’s proven leadership skills and strong knowledge of team-building make him a standout speaker in 2015.

You could say that taking risks goes along with driving a successful business. That’s true when it comes to Robert, who is well known as a panelist on ABC’s Shark Tank. Originally from the former Yugoslavia, he began his entrepreneurial success by developing a computer company in his basement. He’s since gone on to develop and sell multiple IT companies and launched The Herjavec Group, which has grown to be a leader in cybersecurity valued at more than $100 million. He is the author of two bestselling books, Driven and The Will to Win and has been named “Best Selling Author.” Along with his passion for business, Robert enjoys racing cars and has competed as Ferrari #007 for the Herjavec Group Racing in the North American Ferrari Challenge Series. He is credited with winning The Montreal Grand Prix, Laguna Seca and Rookie of the Year. He combines his passion for racecars and entrepreneurship when he speaks to businesses about focus, leadership and taking risks.

Leilani is no stranger to breaking records or stereotypes. As the fourth woman to in history to race in the Indy Pro Series, she took the racing industry by storm. Starting off as a biology student in college, she took an interest in auto racing and her success shifted into high gear. She has raced at the Mecca of NASCAR—the Daytona International Speedway. She also acted as a trackside correspondent for nascar.com and has been featured on various media outlets, including Sports Illustrated, Vanity Fair and FOX Sports. Her incredible experiences make Leilani one of the most sought after NASCAR and Indy racecar speakers, as she speaks about dedication, courage and breaking barriers as a woman racecar driver.

If you need proof that hard work pays off, just talk with Andy. He swept floors, worked in a garage and gave 110% every day to eventually become the first-ever NASCAR pit crew coach. He led Jeff Gordon’s pit crew, incorporating training and workouts to build teamwork and strength in the pits. His rigorous teamwork exercises soon became the standard in NASCAR and Indy racing. His extreme commitment, leadership and desire to beat the competition make him one of 2015’s most engaging and inspiring racecar speakers.

Danica is the epitome of fearlessness. She is credited as the most successful woman in the history of American open-wheel racing and has earned a reputation as one of the best NASCAR and Indy race car drivers today. She has won the only victory for a woman in an IndyCar Series race, ranked the highest finish by a woman in the Indianapolis 500, and became the first female NASCAR driver to win a NASCAR Sprint Cup Series pole. Off the racetrack, she has won the hearts of fans around the world for her courageous and fearless attitude. She has been featured in many magazines, including Sports Illustrated and SHAPE and has made many television appearances. As one of the top NASCAR and Indy racecar speakers of 2015, Danica proves to audiences that anything is possible with perseverance and a fearless attitude.

In all sports—from auto racing to golf—mentality plays a huge role. As the world’s leading sports psychologist, Bob has helped top athletes, coaches and business leaders to utilize mentality and emotions to achieve goals and reach success. He has been named one of the “Top 10 Golf Teachers of the 20th Century” and has written acclaimed sports psychology books, such as Golf Is Not a Game of Perfect, Golf is a Game of Confidence, The Golf of Your Dreams, Life is Not a Perfect Game and Putting Out of Your Mind. Bob is a personal consultant for top sports organizations, including NASCAR, the NBA, and NFL and is one of the top-rated speakers on sports psychology and peak performance in 2015.

Her impressive auto racing career aside, Susie has made a huge impact as a woman in a male-dominated industry. Racing since the age of 8, she is the Official Test Driver for Williams Martini Racing for the 2015 Formula One season and is the first female drive to drive in a Grand Prix weekend in two decades. She is a highly sought after speaker for her impressive accomplishments and insights on breaking barriers to reach goals. With past clients including Mercedes-Benz, UBS and Randstad, Susie stands as one of the top NASCAR and Indy racecar speakers in 2015.