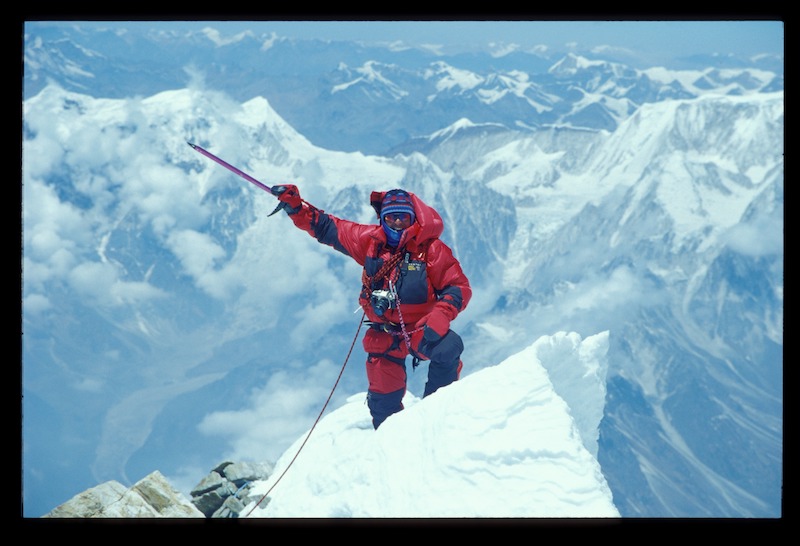 These top sports and adventure speakers have gone from the highest mountains to the deepest seas to the farthest reaches of outer space. They’ve been driven to extremes, pushed back the limits, and emerged victorious all while enduring bitter losses, disappointments, and setbacks along the way.

Whether Hall­ of ­Fame professional athletes or world­-class Olympic champions, these sports and adventure speakers have turned obstacles into insights to overcome seemingly insurmountable challenges, ultimately achieving what others only dream. They are experts at motivation, inspiration, team­ building, and overcoming adversity. Book one of these top champions today!

Robyn Benincasa is a top motivational speaker on leadership and teamwork, adventure racing world champion, CNN Hero, and bestselling author. In her sports career, she has won the World Adventure Race two times and held three Guinness World Record for long-distance kayaking. Her book on teamwork and leadership, How Winning Works, is a New York Times bestseller. Her entertaining keynotes show audiences the foundations of inspired leadership and how to win as a team.

James Clear is a former ESPN All American baseball player, performance expert, and the New York Times bestselling author of Atomic Habits. James doesn’t merely report the research of others. He tries out the concepts for himself as an entrepreneur, writer, and weightlifter. In the end, his talks end up being one-part storytelling, one-part academic research, and one-part personal experiment.

Megan Rapinoe is a motivational speaker, activist, and two-time World Cup Champion and co-captain of the US Women’s National Team. She is a leader in the fight for women’s equal pay and gender equality and advocates for women’s rights, such as eliminating the gender pay gap.

Magic Johnson is a motivational and sports speaker, former NBA champion, entrepreneur, and philanthropist. Since retiring from the NBA over 20 years ago, he has morphed into a business powerhouse who has dedicated his life to leaving a positive impact in underserved urban communities. His business ventures have served as catalysts for redevelopment in urban communities, and are widely recognized as the corporate blueprint for engagement and success with urban consumers across America.

Brian Holloway is America’s #1 most requested, motivational, team-building speaker and a renowned corporate trainer. He was a Stanford All-American, 5 time NFL All-Pro, and was the 6’7″ powerhouse at the core of the 1985 New England Patriots Super Bowl team. As a speaker, he mobilizes companies and organizations in search of peak productivity, helping them achieve new levels of excellence. He understands how to transform thinking within organizations and challenge the competitive spirit of diverse work teams.

Tom Flick is a top leadership and sports speaker, former NFL Quarterback, and an expert on leading change and accelerating performance. He is the founder of Tom Flick Communications and a former NFL quarterback who once played backup to NFL great Dan Fouts in San Diego. Each year, Tom speaks to over 100,000 people on the topics of leadership and change. In addition to his NFL leadership experience, he has been mentored by leadership and change expert Dennis Goin, Executive Vice President of Kotter International.

Diana Nyad is an inspirational speaker and a record-breaking, long-distance swimmer. At the age of 64, in her fifth and final attempt, Nyad successfully fulfilled her lifelong dream of completing the 110-mile swim from Cuba to Florida on September 2, 2013. Upon completing her grueling 53-hour journey, she told the world, “I have three messages. One is we should never ever give up. Two is you are never too old to chase your dreams. And three is it looks like a solitary sport, but it takes a team.”

Colin O’Brady is a sports speaker and a professional endurance athlete who brings two decades of athleticism, Ivy-league education, and life experience of overcoming a devastating accident to prove that anything is possible. From lying in a hospital bed being told he may never walk again normally to beating the odds and setting two of the most prestigious mountaineering world records on the planet, his motivational journey resonates with a wide range of audiences. Through adventure and entrepreneurship, Colin embodies what it means to overcome obstacles, test limits, dream big, set goals, and never give up.

Gus Kenworthy is a motivational speaker, activist, Olympic Skier, and Silver Medalist. As a member of the U.S. Olympic slopestyle team, Gus won four straight AFP overall titles and a silver medal at the 2014 Olympic Games in Sochi Russia. In 2015, he became famous as the first out, male-action-sports athlete when came he out as gay in the October 2015 edition of ESPN the Magazine. Since then, Gus has added his voice as a spokesperson for LGBTQ issues.

Kerri Walsh Jennings is a motivational sports speaker, a 5-Time US Olympian, and 3-Time Gold Medalist. Before moving her game to the beach, she was also a member of the Women’s Indoor National Team that placed fourth at the 2000 Olympic Games in Sydney. She currently holds the all-time record for career tournament victories by a female beach volleyball player, with 113 career wins.

Molly Bloom is an inspirational and adventure keynote speaker, entrepreneur, and bestselling author of Molly’s Game. Bloom began her career as a world-class skier, but is best known for her poker memoir, Molly’s Game, which was adapted into an award-winning film of the same name by Aaron Sorkin. Bloom’s memoir chronicles her journey from college student to LA waitress to building and operating the largest and most notorious private poker game in the world. Her games featured hundreds of millions of dollars and players like Leonardo DiCaprio, Tobey Maguire, A-Rod, and Ben Affleck.

Steve Donahue is a Sahara adventurer, change & engagement expert, story guru, and bestselling author. Telling the tale of his daring desert odyssey—Steve Donahue unpacks the secrets of the Epic Story as a leadership tool. His research reveals how to achieve epic results by energizing culture and careers with this classic narrative.

Amelia Rose Earhart is an inspirational and adventure speaker, the youngest woman to fly around the world in a single-engine plane, and President of Fly With Amelia Foundation. Earhart recreated and symbolically completed the 1937 flight of her namesake, Amelia Mary Earhart. Her 228,000-mile flight around the world in a single-engine aircraft became a symbol of determination, courage, and empowerment for anyone who has ever decided to seek new horizons. Thousands have been moved by Earhart’s contagious enthusiasm for action, her raw and charming leadership style and her ability to take audiences along on their own flight around the world with her story

Chris Bashinelli (aka “Bash”) is a motivational and adventure speaker, United Nations speaker, National Geographic Young Explorer, Eagle Scout, and Host of the TV Series Bridge the Gap, as seen on PBS and the National Geographic Channel. He is a global nomad and takes his TV audience on adventures around the world. Bash’s unapologetic energy, humor, and compassion have made him a go-to speaker everywhere from multi-million dollar corporations to Ivy League Universities. His talks equip audiences with the practical tools we need to grow their business, connect with other human beings and contribute to humanity.

Robert Ballard is an environmental and adventure speaker and the world’s foremost undersea explorer. In 1985, he discovered the RMS Titanic and has succeeded in tracking down numerous other significant shipwrecks, including the German battleship Bismarck, the lost fleet of Guadalcanal, the U.S. aircraft carrier Yorktown, and John F. Kennedy’s boat, PT-109. He received the National Geographic Society’s prestigious Hubbard Medal in 1996 for “extraordinary accomplishments in coaxing secrets from the world’s oceans and engaging students in the wonder of science.”

Jean-Michel Cousteau is an adventure and environmental speaker, explorer, educator, and filmmaker. For more than five decades, Jean-Michel Cousteau has dedicated himself and his vast experience to communicate to people of all nations and generations his love and concern for our water planet. The son of ocean explorer Jacques Cousteau, Jean-Michel has investigated the world’s oceans aboard Calypso and Alcyone for much of his life. Honoring his heritage, Jean-Michel founded Ocean Futures Society in 1999 to carry on this pioneering work.