It's GOOD to Be Different

Standing Up For Your Beliefs

Since 2007, Leilani has been adopting an acre of rainforest for every race she runs. She uses her race car to spread environmental awareness among 75 million race fans in the US. Leilani sits on the board of the Oceanic Preservation Society and the advisory board of The Solutions Project.

She is featured in the 2015 documentary “Racing Extinction.” Leilani is vegan, her personal car is an electric Tesla Model S which she charges with solar power. Leilani’s motto is: never underestimate a vegan hippie chick with a race car.

“In a matter of 20 minutes or so, Leilani won the loyalty and avid support of an audience of movers and shakers. I’ve concluded that it is the strength of her convictions, her clarity and her excellence in articulating what she is passionate about that made her stunningly effective and memorable… she held a tired audience on the edge of their seats and earned a standing ovation.”

“Leilani has spoken for my clients several times and gets rave reviews. Her passion the sport of racing gets people’s attention. However, her personal story of perseverance, hard work and creativity inspires the audience. Leilani is as passionate about the environment as she is racing, and she knows her stuff. Her talks are inspirational and educational. I have seen Leilani talk to senior-most corporate executives and college sports teams, her message touches them all.”

Founder, Apex Performance and Director of the Leadership Network

“Leilani has the desire and potential to become one of the top drivers in the next generation of racing stars. She’s not intimidated. She’s not a good ‘woman’ driver. She’s just a good driver.”

“This young woman is the epitome of the American dream.” 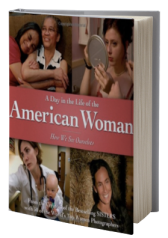