After leaving home at age sixteen Brandon finished high school, and joined the US Navy to become a Navy SEAL.  His first permanent assignment was as a helicopter Aircrew Search & Rescue (SAR) swimmer and Aviation Warfare Systems Operator with HS-6. In 1997 his Basic Underwater Demolition/SEAL (BUD/S) package was approved. He would class up with over 200 students in BUD/S class 215, and go on to complete the training as 1 of 23 originals.

As a SEAL he served with SEAL TEAM 3, Naval Special Warfare Group One (NSWG-1) Training Detachment sniper cell, and completed his last tour at the Naval Special Warfare Center (NSWC) sniper course where he served as the west coast sniper course manager. Throughout his career he completed four deployments to the Middle East, one to Afghanistan and would later go back to Iraq in 2006-7 as a paramilitary contractor. His proudest accomplishment in the military was working as the SEAL sniper course manager, a schoolhouse that has produced some of the deadliest snipers in US military history.

An accomplished leader, Brandon was meritoriously promoted to E-6 while serving as an advanced sniper instructor at NSWG-1, and was recommended and promoted to the rank of Chief Petty Officer (E-7) his first time eligible during his tenure at the NSWC sniper course. He has received numerous distinguished service awards including the Presidential Unit Citation (personally awarded to him by President George W. Bush), and the Navy and Marine Corps Commendation medal with “V” device for valor in combat. Webb ended his Navy career early after over a decade of service in order to spend more time with his children.

Today Brandon is focused on pursuing his career in media, and as an author. He is the founder and CEO of Force12 Media, a digital publishing company that reaches tens of millions monthly, and is the largest military content network on the Internet.

Brandon is a New York Times bestselling author, and is regularly featured in international media as a military and Special Operations subject matter expert. He has contributed to ABC, NBC, FOX, CNN, BBC, SIRIUS XM, MSNBC, The San Diego Union Tribune, and The New York Times.  His latest non-fiction work, Among Heroes (Penguin-Random House), will be published in May 2015.

In 2012 he founded The Red Circle Foundation (RCF), a non-profit with a 100% pass through model (every dollar donated goes to the mission). RCF is focused on supporting families of the Special Operations community through emergency memorial, medical, and child enrichment program (camps & scholarships) funding. RCF is able to maintain a 100% model because our mission partners from the business community have made a commitment to fund the organization’s overhead.

Brandon is an active member of the Entrepreneurs Organization New York (EONY), and enjoys spending time with his amazing children, being outdoors, and flying his Yak or RV6 upside-down. He splits his time between Manhattan, New York, and San Juan, PR. 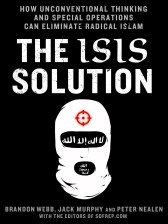 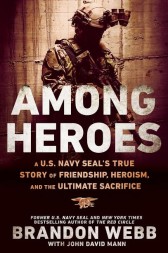 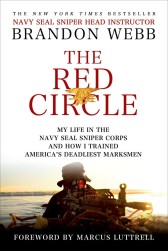 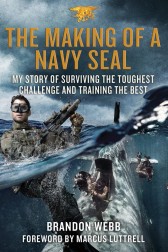