The Use and Abuse of Power: The American Presidency from Nixon to Trump

An Evening with Carl Bernstein: The System Can Work

From his time as a copyboy at age 16 in the Kennedy era, through Donald Trump’s presidency, Bernstein reflects on the power of journalism and the concept of the common good as keystones of American democracy.

“The best obtainable version of the truth”

Bernstein’s definition of real reporting and the only basis for an informed debate about the American condition, whether the debate is in congress or family dinner tables across the country. While critical of the performance of the press, Bernstein notes a decreasing ...

Bernstein’s definition of real reporting and the only basis for an informed debate about the American condition, whether the debate is in congress or family dinner tables across the country. While critical of the performance of the press, Bernstein notes a decreasing willingness by ordinary citizens to be open to the best obtainable version of the truth, while searching out news and information to reinforce their already held political, cultural, and religious beliefs.

The Spiritual and Political Legacy of Pope John Paul II

The Lessons of Watergate: A Behind the Scenes Look at the Reporting and Political Drama that Led to the Resignation of President Richard Nixon and Continues to Affect the Course of American History

The Problem of Washington: It's Not Just the Politicians. We the People Sent Them There; We the Press are Complicit

The Triumphant End to an American Century: Three Remarkable Presidents - Reagan, Bush I, Clinton, and the Problem of Their Successors

The Broken Branch and Future of America: Can the United States Congress be Repaired?

Few journalists in America’s history have had the impact on their era and their craft as Carl Bernstein. For forty years, from All the President’s Men to A Woman-In-Charge: The Life of Hillary Clinton, Bernstein’s books, reporting, and commentary have revealed the inner-workings of government, politics, and the hidden stories of Washington and its leaders.

In the early 1970s, Bernstein and Bob Woodward broke the Watergate story for The Washington Post, leading to the resignation of President Richard Nixon and setting the standard for modern investigative reporting, for which they and The Post were awarded the Pulitzer Prize.

Since then, Bernstein has continued to build on the theme he and Woodward first explored in the Nixon years – the use and abuse of power: political, media, financial, cultural and spiritual power. Renowned as a prose stylist, he has also written a classic biography of Pope John Paul II, served as the founding editor of the first major political website, and been a rock critic.

The author of five best-selling books, Bernstein is currently also at work on several multi-media projects, including a memoir about growing up at a Washington newspaper, The Evening Star, during the Kennedy era; and a dramatic political TV series with David Simon of ‘The Wire’ for HBO. He is also an on-air contributor for CNN and a contributing editor of Vanity Fair magazine.

His most recent book was the national bestseller A Woman In Charge: The Life of Hillary Rodham Clinton, acclaimed as the definitive biography of its subject, published by Knopf.

With Woodward, Bernstein wrote All the President’s Men (also a movie starring Robert Redford and Dustin Hoffman), about their coverage of the Watergate story; and The Final Days, about the denouement of the Nixon presidency.

His next book, a masterful memoir of his family’s experience in  the McCarthy era, is titled Loyalties: A Son’s Memoir. He is also the co-author of the definitive papal biography, His Holiness: John Paul II and the History of Our Time, which detailed the Pope’s pivotal and often clandestine role in the fall of communism.

In  1977-78,  Bernstein spent a year investigating the CIA’s secret relationship with the American press during the Cold War. The resulting 25,000-word article for Rolling Stone, entitled “The CIA and the Media,” was the first to examine a subject long suppressed by both American newspapers and the intelligence community.

Since his famous essay, “The Triumph of Idiot Culture,” a 1992 cover story for The New Republic about increasing sensationalism, gossip and manufactured controversy as staples of the American press, he has proved a prescient critic of his own profession.

A lesser-known part of Bernstein’s journalistic career is his tenure as a rock-critic at The Washington Post while a metro reporter before Watergate; he continues to write (very) occasionally about rock and classical music.

Bernstein was born and raised in Washington, DC and began his journalism career at age 16 as a copyboy for The Washington Evening Star, becoming a reporter at 19.

He lives in New York with his wife and is the father of two sons, one a journalist and the other a rock musician. 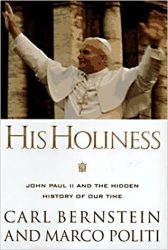 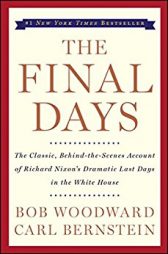 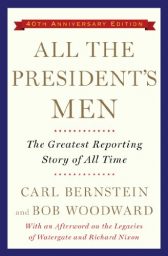 BigSpeak would like to announce their newest partnership with Carl Bernstein, Pulitzer Prize-winning journalist/author, CNN Political Analyst, and Vanity Fair...