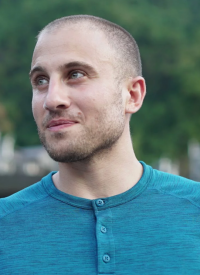 Global Citizenship means using our everyday work and lives as a vehicle to grow inwardly and thereby, become the best version of ourselves. Becoming a Global Citizen is not about traveling the world, it is about using the challenges within our individual lives to become stronger and more productive members of the world. When we embody the qualities of a Global Citizen – presence, empathy and inspiration – then we can truly inspire those around us.

With the mindset of the Global Citizen, every challenge in our work and lives – from a disagreement with a coworker, to the loss of someone we love – becomes fuel for us to grow inwardly and reach our potential. Our role is not to “change the world”, but to “change ourselves”. Becoming a Global Citizen begins with realizing we already have everything we need in order to be happy right now.

From the slums of Haiti, to the fields of Uganda, to the Mongolian Steppe, Chris pulls from real life examples to illustrate that the key to productivity, meaning and connection, does not lie in changing our external conditions, but in transforming our current conditions in order to grow.

STEPS FROM THE STOOP - Cultivating Connection

In order to achieve real diversity and inclusion within our organization we must adopt a world view that equally values all generations, cultures and perspectives. Chris Bashinelli’s all-inclusive approach to relationship building has been cultivated for 30+ years, starting with his “Stoop” in the heart of Brooklyn, where his childhood friends shared a combined total of more than 13 nationalities. In this signature keynote, Chris drives home the ease of relationship building with a personal, yet universal method he’s applied everywhere from farming with mystics in Uganda to living with nomads in Mongolia.

Audience members will learn the three essential steps from the “Stoop” which serve as the basis for profound personal transformation and deep connection with others – Awareness, Acceptance, and Courage! These steps enable people to strengthen their relationship with themselves, co-workers, family, friends – and even those with whom we have no seeming connection – be it a 600 pound Japanese Sumo Wrestler or our next-door neighbor. When we make that human connection and move people from the category of “them” to “us”, anything is possible.

There’s never been a more important time to richly hone the relationships that transform lives, bridge gaps, connect generations, and empowers our life experience. By opening our world view we are far more powerful than we could ever be on our own – be it the exchange of tribal knowledge between an experienced team member and a social media-savvy young employee, or the shared core values of an Oklahoma farmer and a Mongolian herdsmen.

What’s surprising is that our ability to authentically connect with our clients and friends has very little to do with them, and almost everything to do with our perspective. We see the world not as it is, but as we are. The great news is that means we have the power to deepen our relationships with others at any moment, all we have to do is shift our perspective! Building better relationships doesn’t necessarily mean knowing perfectly how to bow, shake hands, or say hello in every culture, it simply means bringing an open and accepting mindset to all of our interactions.

This message hits home for so many who reach back to remember their own beginnings and recognize the foundational wisdom in creating life-long connections. Bring the transformational lessons of the “Stoop” to your next audience.

What is your Step “Z”, the goal you feel will truly bring your life meaning? It could be a new client, a new partner, or a new home. What if you could arrive at that destination before you even begin the journey? We tend to be so fixated on our goal that we forget to examine how we are viewing ourselves. We feel that if our circumstances were different our goal would be attainable. In reality, we can only go as far as our shadow will let us – it’s not the circumstances that have to change, but us.

Bash walks attendees through the scientific method for recognizing and reducing their most limiting beliefs, thereby opening the doorway to a whole new world. With total clarity, he emphasizes that the swiftest way to get from where you are, to where you want to be, is to be there first – on the inside. The best way to get from Step “A” to Step “Z” is to Start at Step “Z”. It may seem counterintuitive, but your best chance at achieving your goal is to imagine it is already accomplished. Step firmly with faith into the shoes you were meant to fill – and live, breathe, work and act from that place.

From moderating a major United Nations event in Brazil at 23 years old with no prior experience, to leading a National Geographic Expedition in Mongolia when nearly all funding had been pulled one month before production, Bash shows how when we change our mind, we can change our world. The key to creating success lies not in getting what we want, but in realizing that we already have everything we need to live a life of great meaning. When we connect our ultimate goal to a mission that benefits others, and have unwavering faith in our potential, we will find the inspiration necessary to reach our Step “Z”.

Chris Bashinelli, also known as, “Bash”, was 20 years old when he traveled to Tanzania to film his first documentary. The focus: How can we change the world? The day he returned from Tanzania, his father was diagnosed with terminal cancer. It was in that moment he realized there was nothing he could do to change the world, meaning, there was nothing he could do to control circumstances outside of himself. Ultimately, the only person we ever have control over is ourselves. This realization became the impetus for Chris’s life mission, that when we ‘Change our mind’, we ‘Change our world’.

Bash brings attendees on an inspirational journey, coupled with stunning video footage and thought-provoking exercises. He equips us with the practical tools we need to grow our business, connect with other human beings and contribute to humanity. Whether he’s interviewing Dr. Jane Goodall for PBS or embarking on yet another jaw-dropping adventure, he is sure to leave audiences in tears of laughter and joy, allowing them to see the world through a new lens.

If you’re looking for a vanguard that will engage your audience and make them think differently about their lives and their relationships, then Bash is your speaker. He reminds us how important it is to ignore the noise, step outside of our comfort zones and put others first.

As the Executive Producer and Host of Bridge the Gap on PBS and the National Geographic Channel, Chris has taken millions of viewers on meaningful adventures around the world. He has harvested buffalo with Native Americans in Pine Ridge, lived as a nomad in Mongolia and Sumo Wrestled the heaviest Japanese human being in recorded history. Chris’s adventures are a means to inspire viewers to step with courage into the direction of their fears. He is a Moderator for the United Nations, an Eagle Scout, a National Geographic Explorer, and has interviewed some of Time Magazine’s 100 Most Influential People on the Planet.

As an internationally-recognized speaker, Chris has shared the stage with everyone from Stevie Wonder, to United Nations Secretary General, Ban Ki-moon, to his mentor, Dr. Jane Goodall. He lectures to thousands of people on a yearly basis, everywhere from Fortune 500 companies, to prisons, offering the simple message that when we change internally, our world actually changes around us. 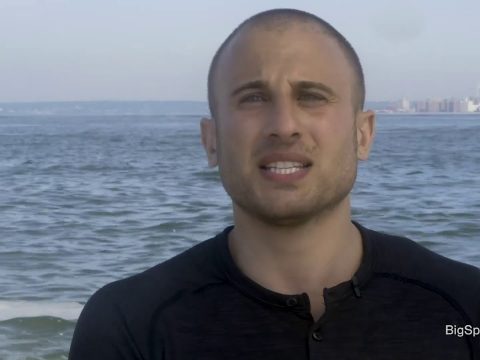 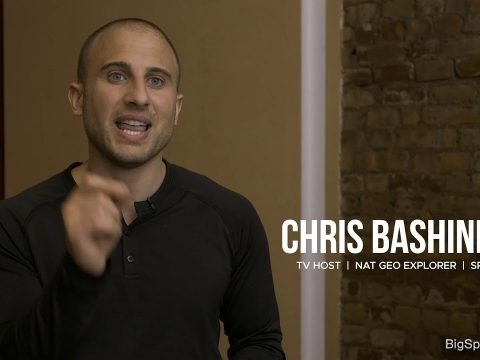 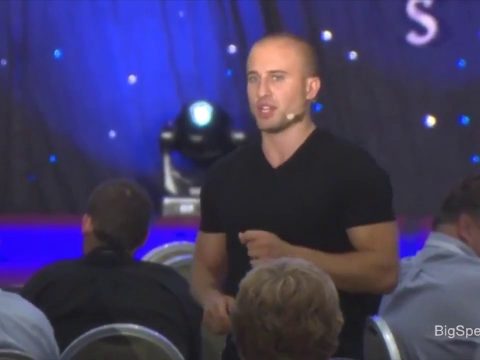 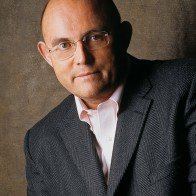 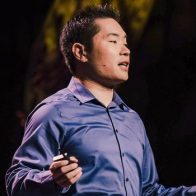 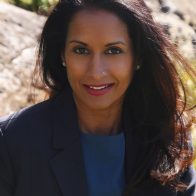 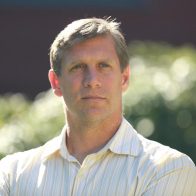