The Power to SNAP Out of Anything, Anytime and Succeed Faster

Learn how to quickly develop new habits that ignite a possibility mindset and work ethic. Learn to avoid the “Success Box” to increase future potential and profits. Learn how to embrace disruptive change and make tough decisions faster with ...

What Is Peak Performance and Can I Get It?

Learn what peak performance is for you and how to unleash it now. Learn 5 strategies to easily transform negative habits into habits of success . Learn what inspires good employees to start crushing it. Learn how to get in the flow, block out ...

Patients and their families want to feel caring – pharmacists and technicians with more compassion that communicate with greater empathy.  Too commonly, when employees get new tasks that they’re uncomfortable with, procrastination and distraction sets in. Change ...

Patients and their families want to feel caring – pharmacists and technicians with more compassion that communicate with greater empathy.  Too commonly, when employees get new tasks that they’re uncomfortable with, procrastination and distraction sets in. Change it in a SNAP!

At the completion of this activity, pharmacists and technicians will be able to:

With over 25 years in corporate sales with companies like Toyota Material Handling, Auto Financial Group, Waste Management and State National Insurance Company, DeDe Murcer Moffett knows what it takes to climb the corporate ladder and make her mark on the industry.

She also knows the trap many successful people fall into as they burn the candle at both ends and rely on alcohol, drugs, food, or other unhealthy habits to numb out from the stresses and demands of today’s ever changing workplace. For 24 years DeDe relied on a 3-bottle a night alcohol addiction to help her keep climbing and running at warp speed. The problem is you can’t just numb out parts of yourself without also dumbing down your talent and negatively impacting your performance and potential. How do you make long lasting change without falling back into old routines? Learn to SNAP!

After 10 years of sobriety, DeDe is sharing her story of transformation and resiliency and the secret to long lasting change. DeDe delivers the tips, tools and techniques to help busy professionals keep accelerating success while reducing stress, increasing productivity and changing the mindset and routines that keep talented professionals from reaching goals and performing their best.

DeDe is the best selling author of Wisdom Wedgies and Life’s Little Zingers, Motivation that Gets Stuck in All the Right Places and her newest book; SNAP Yes! The Art of Seeing New Achievable Possibilities in Business and Life.

DeDe has been named to the “Top Speakers List” alongside greats like Malcom Gladwell and Barbara Corcoran by M&C Magazine. Attendees describe DeDe’s presentations as “A wake up call to live, love and lead fully alive.”

As a classically trained singer and actress, DeDe had not performed in over 20 years. But in June of 2011 DeDe proved that with a change in SNAP-titude it’s never too late to be what you might have been. The New York Yankees (DeDe’s favorite baseball team) invited DeDe to sing the National Anthem, in front of 48,000 people and millions of TV viewers.  (This honor is only offered to a very select group of singers; past invitees include Broadway Star, Kristin Chenoweth, Sweet Baby James Taylor, and Piano Man, Billy Joel).

Additionally, DeDe’s powerful story plus her ability to entertain and captivate audiences while giving them the real life strategies to step into their own spotlight of success, has earned her the privilege to share the stage with many celebrities, entertainers, and thought leaders throughout the country.

SNAP Out of It!
In 2010 DeDe launched her own SNAP Out of It Women’s Conference and for five years was the host of the  SNAP Out of It! Radio Network where hundreds of thousands of listeners tuned in each week to get inspired to take on life’s toughest challenges.

In 2009, DeDe released her album, “I Believe” and an original song “Beautiful Addiction” that was  featured along with other artists who help bring awareness to those suffering from depression, addictions and bullying. DeDe is currently collaborating with an award-winning composer and lyricists to bring her autobiographical but universally collective one-woman show, “If I Stop Then Who Am I?” to audiences seeking relief, hope and acceptance from everyday struggles.

SNAP For Life
When DeDe’s not on stage speaking or performing, you will find her helping raise awareness and money for the Oklahoma Brain Tumor Foundation, through the Bobby Murcer Swing for Hope Golf Tournament, held annually in DeDe’s hometown of Edmond, Oklahoma. DeDe is the niece of retired New York Yankee baseball player and YES Network announcer, the late great Bobby Murcer.

DeDe’s passion to improve lives doesn’t stop with humans, it extends to the four legged furry kind too. DeDe and her husband Rick own and operate a rapidly growing Raw Dog Food Company just outside of Denver Colorado. When the couple aren’t working they ski, hike and travel with their 20-year old cat, “Queen of  Sheba” and  7-year-old German Shepherd, “Asta Pasta”. 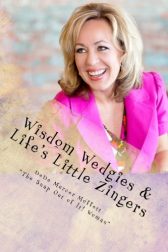 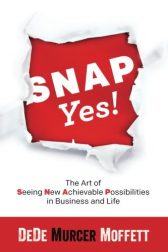