He presided over two Governments with the Belgian socialist parties, partly including the Green parties, and an interim third government in the early months of 2008, following the longest formation crisis in Belgium’s political history.

In 2007, his party lost the federal elections. However, his party joined the new government of Prime Minister Leterme, but Guy took responsibility for the defeat and took a sabbatical year, leaving the Belgian political scene after 25 years of activity.

Confirming his European beliefs, he wrote ‘The United States of Europe’ in 2005, which was translated into a dozen European languages and won 2007 European Book of The Year.

Since 2009, he has served as a Member of the European Parliament where he is the leader of the Group of the Alliance of Liberals and Democrats for Europe (ALDE) and founded the inter-parliamentarian federalist Spinelli Group. Guy is also a member of the Club de Madrid, an independent organization of more than 80 former democratic statesmen. The group works to promote democratic governance and leadership worldwide. Since 2012 Guy is an independent Board Member of the Brussels-based, Brussels-quoted Sofina holding. 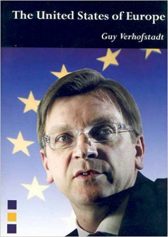 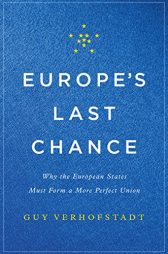