Age of Discovery: Navigating the Risks and Rewards of Our New Renaissance

The Butterfly Defect: How Globalization Creates Systemic Risks, and What to Do about It

Exceptional People: How Migration Shaped Our World and Will Define Our Future

Ian Goldin was the Director of the Oxford University Martin School until September 2016 which is a unique inter-disciplinary research initiative tackling global future challenges. He is also Professor of Globalization and a Professorial Fellow at Oxford University’s Balliol College. He is an economist with an international reputation in the field of macro and international economics.

His mission at the Oxford Martin School was to foster innovative thinking to address the most pressing challenges of the 21st Century. The School comprises 45 inter-disciplinary research teams whose members are based in academic departments across Oxford University. It covers the frontiers of physical, medical and biological science as well as climate change and environmental science, the social sciences and the humanities. Under the Director’s guidance, the school became the leading global center of research and applied policy analysis on the key challenges of the 21st Century.

Before taking up his position, Goldin was Vice President of the World Bank and the Bank’s Director of Development Policy. From 1996 to 2001, he was Chief Executive and Managing Director of the Development Bank of Southern Africa and served as an adviser to President Nelson Mandela. He succeeded in transforming the Bank to become the leading agent of development in the 14 countries of Southern Africa. During this period, Goldin served on several government committees and boards and was Finance Director for South Africa’s Olympic Bid. Previously, Ian had been Principal Economist at the European Bank for Reconstruction and Development (EBRD) in London and Program Director at the OECD Development Center in Paris. 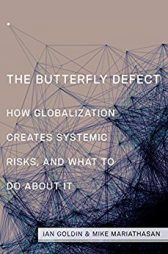 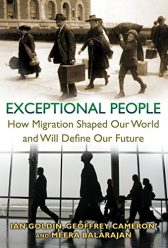