In leadership and relationship management, anger is not a strategy. You can lead effectively without creating a fear-based environment by being mindful of the importance of managing relationships so that even your adversaries are left with their dignity.

Though many of us are living without it, everyone is entitled to financial literacy, access to capital and equity of opportunity to create a secure future and realize their aspirations.

How the Poor Can Save Capitalism

Bryant radically redefines the meaning of poverty and wealth and exposes why attempts to aid the poor so far have fallen short and offers a way forward.

Bryant is the founder, chairman, and chief executive officer of Operation HOPE, Inc.; chairman and chief executive officer of Bryant Group Ventures, and co-founder of Global Dignity. His work has been recognized by the last five U.S. presidents, and he has served as an advisor to the last three sitting U.S. presidents. He is responsible for financial literacy becoming a policy of the U.S. federal government. In January, 2016 Bryant became the only private American citizen to inspire the renaming of a building on the White House campus, when the U.S. Treasury Annex Building was renamed the Freedman’s Bank Building. The Freedman’s Bank legacy has become the narrative of the work of Operation HOPE—to help all people become fully integrated into our nation’s economy.

A member of the founding class of The Forum of Young Global Leaders, and founding member of Clinton Global Initiative, Bryant is a LinkedIn Influencer, contributor to Huffington Post and Black Enterprise, and a member of the World Economic Forum Expert Network. His Facebook Live “Silver Rights” Series has received millions of views, and serves as an engaging platform to foster essential discussion in the digital space around financial inclusion and social uplift. He has received hundreds of awards and citations for his work, including Oprah Winfrey’s Use Your Life Award, and the John Sherman Award for Excellence in Financial Education from the U.S. Treasury. 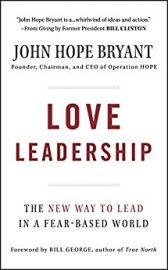 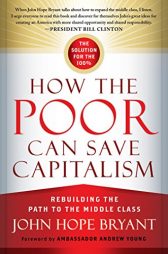