In Caricature: Racial Profiling & Its Impact on Black America

While America has made strides towards true equality amongst varying ethnic groups, there are still some glaring disparities. Recent events, including the arrest of Henry Gates Jr. in his own home, serve as a reminder that racial profiling still exists. Not only does profiling...

While America has made strides towards true equality amongst varying ethnic groups, there are still some glaring disparities. Recent events, including the arrest of Henry Gates Jr. in his own home, serve as a reminder that racial profiling still exists. Not only does profiling degrade entire groups of people, but it stifles growth and perpetuates negative stereotypes. In his keynote speech, “In Caricature: Racial Profiling and its Impact on Black America,” public intellectual and best-selling author Michael Eric Dyson will answer three central questions surrounding racial profiling and its impact on minority communities:

What Have We Come To? Wars Between the Generations

Dr. King for the 21st Century

Is Bill Cosby Right? Or Has the Black Middle Class Lost Its Mind?

Michael Eric Dyson was named by Essence magazine as one of the 50 most inspiring African Americans in the U.S. He is also a best-selling author, one of the nation’s most renowned public intellectuals, and he has revitalized the title with the fervor of an ordained Baptist minister. Called “a street fighter in a suit and tie,” he takes on the most controversial issues of the day, including politics, pop culture and race with his fearless and fiery rhetoric.

A popular professor of sociology at Georgetown University, Dyson is a speaker that will never bore audiences. Michael’s presentations are thought-provoking, unwavering and foster social change. His excitement on the topics he speaks on—racial profiling and its impact on black America, the sociology of hip hop, and Dr. King for the 21st Century, among others—is contagious.

An MSNBC political analyst and former host of NPR’s The Michael Eric Dyson Show, Dyson is also an award-winning author. His speeches and books both provide some of the most significant commentary on modern social and intellectual thought today, interwoven with a combination of cultural criticism, race theory, religion, philosophical reflection and gender studies. Works such as Making Malcolm X; I May Not Get There with You; Holler if You Hear Me; and Mercy, Mercy Me: The Art, Loves and Demons of Marvin Gaye deeply probe social themes and cultural politics.

Dyson bridges gaps between generations and connects civil rights identity to hip-hop culture, while forging links between older and younger Americans, especially African Americans. As a cutting edge historian, he educates the general public on the significance of hip hop, not only in understanding the black community, but general American culture, as well. With his powerful voice, Dyson reaches beyond race, addressing the universal commonality of American concern.

The event was wonderful—Dr. Dyson brought the house down and we sold out. We are very pleased with all he did, including spending an enormous amount of time with the students and all he came in contact with. He was very easy going and personable and we’ve never had so many compliments. He was amazing and we all had a wonderful time. Many thanks to you and your staff for working this out for us.

Dyson gave an amazing presentation and he is such a generous person. Students and faculty were very impressed with his visit.

The visit was good—Dr. Dyson was entertaining and gave a very provocative talk on giving back to the community, understanding the struggles of a graduate student, remembering your roots and a number of contemporary topics in the media. Some agreed with what he said and others did not, but that is a why we brought him. He was very cordial and approachable, taking pictures, signing books and engaging in brief conversations with students during the reception. 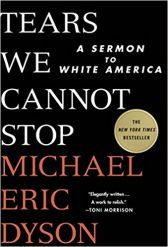 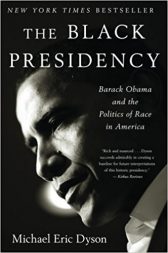 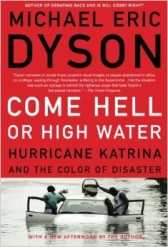 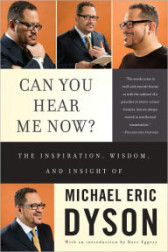 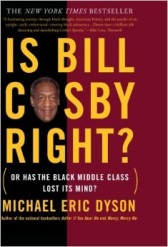