While in office, Jimmy Carter brokered historic peace deals and treaties. Since the 1980s, he has worked tirelessly for conflict resolution around the globe through The Carter Center, where he has engaged in mediation in Ethiopia, Eritrea, North Korea, Liberia, Haiti, Bosnia, Venezuela, Nepal and the Middle East, among many other countries and regions. Under his leadership, The Carter Center has sent 96 election observation missions to the Americas, Africa and Asia. They’re also leading the fight against Guinea worm, on track to be the second human disease in history to be eradicated.

Using his experiences as an international humanitarian, human rights speaker and Nobel Peace Prize Winner Jimmy Carter discusses why he believes it is possible to achieve peace in our time.

Play Jimmy Carter: Why I believe the mistreatment of women is the number one human rights abuse

As the 39th president of the United States (1977-1981), Jimmy Carter’s noteworthy accomplishments include the Camp David Accords, the Salt II Treaty, the Panama Canal Treaties, and improving diplomatic relations with the Republic of China. Carter is the author of such books as Beyond the White House: Waging Peace, Fighting Disease, Building Hope and We Can Have Peace in the Holy Land: A Plan That Will Work. He has earned numerous honors, including the Nobel Peace Prize.

As a man of silent perseverance, Carter is only concerned with using his responsibility as a public servant to promote peace and well being in the world. According to the Journal/NBC poll, he is viewed more favorably now than when he was in the White House and has gained respect among top presidential scholars.

Well known for his role in mediating Ethiopia’s civil war, overseeing elections in Panama and Nicaragua, and monitoring elections in Haiti and the Dominican Republic, Carter is building a global constituency, stepping into monitor elections and mediate wars in other nations.

President Carter is building his resume as a political leader and liaison of peace. His nonprofit, the Carter Center, is a policy center for addressing vital world issues through nonpartisan study and consultation. The Center raises money to carry out a host of projects, including fighting river blindness in Uganda, helping small farmers triple corn yields in Ghana and Zambia, and pressing for democracy and peace in the Middle East and Latin America.

Jimmy Carter founded The Carter Center with his wife Rosalynn in 1982. The Center is guided by a fundamental commitment to human rights and the alleviation of human suffering; it seeks to prevent and resolve conflicts, enhance freedom and democracy, and improve health around the world. Mr. Carter is University Distinguished Professor at Emory University in Atlanta, Georgia, and at home in Plains, Georgia, he teaches Sunday school and is a deacon in the Maranatha Baptist Church. 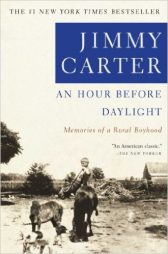 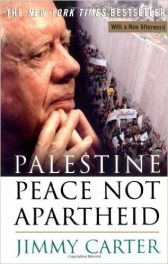 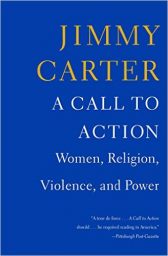 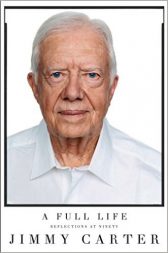