Rohit Bhargava is a marketing expert, skilled facilitator, and top innovation keynote speaker. After a successful 15 year career as a brand and marketing strategist at two of the largest agencies in the world (Ogilvy and Leo Burnett), Rohit became an entrepreneur and has since started three companies.

What if you could predict the future? It may not be as impossible as it seems. In this exclusive talk, participants will learn five “non-obvious” habits to curate ideas and see what others miss. Based on his #1 best selling annual trend series read by more than a million ...

What if you could predict the future? It may not be as impossible as it seems. In this exclusive talk, participants will learn five “non-obvious” habits to curate ideas and see what others miss. Based on his #1 best selling annual trend series read by more than a million people online, Rohit Bhargava will also share some specific trends from his 9+ years of research that matter for your industry … along with highly actionable ideas for how to use them.

Predicting the future is a learnable skill – and this keynote will reveal exactly how to do it. (Note – the selected trends in this talk are typically customized by industry and specifically chosen based on relevance for the audience).

How To Earn Trust in a Skeptical World: Overcome the Modern Believability Crisis and Grow Trust

We are living in a time when it is harder to earn trust than ever before. People skip ads, mistrust brands and believe government and institutions are manipulating them. People disagree on what “...

We are living in a time when it is harder to earn trust than ever before. People skip ads, mistrust brands and believe government and institutions are manipulating them. People disagree on what “facts” actually are. So what does it take to build trust in the midst of this modern believability crisis?

This entertaining and funny talk will reveal the five fundamental secrets of building trust and what it really takes to stand out as real, human and trusted in an untrusting world – whether you are a leader trying to inspire a team, building a customer service oriented organization, changing the way you tell your brand story or driving more brand loyalty.

Rohit is a Wall Street Journal best-selling author of six books on topics as wide ranging as the future of business and building a brand with personality and has delivered sold out keynote presentations and workshops to business leaders in 32 countries. His signature book Non-Obvious is updated annually with 15 new trend predictions, has been read and shared by more than 1 million readers and is translated in ten languages.

Rohit has been invited to share his insights at some of the most forward-looking organizations in the world including Intel, NASA, Disney, JP Morgan Chase, LinkedIn, Microsoft, American Express, BP, the World Bank, Coca-Cola and hundreds of others.

Outside of his consulting work, Rohit also teaches his popular signature course on storytelling and marketing at Georgetown University in Washington DC and has been invited to deliver guest lectures at many other prestigious schools including Stanford and Wharton.

For the past 14 years Rohit has also been writing his personal “Influential Marketing Blog” which has been featured in global media and named one of the top 25 marketing blogs in the world by AdAge magazine. He is regularly interviewed and featured as an expert commentator in global media including Harvard Business Review, The Guardian, and NPR. Rohit also writes a monthly column for GQ magazine in Brazil on technology and trends.

Thanks to his many years of sharing insights, Rohit has been recognized alongside visionary business leaders like Sir Richard Branson and Tom Peters as a “Top 100 Thought Leader In Trustworthy Business Behavior” and was named by global recruiting firm Korn Ferry as one of the “Most Influential South Asians In Media and Entertainment.”

On a personal level, Rohit is married and lives with his wife and two young boys in the Washington DC area. He is a lifelong fan of anything having to do with the Olympics (he’s been to five so far!), actively avoids anything having to do with cauliflower (yuck!), and believes that the most entertaining and impactful job he will ever have is being a great dad and teaching his sons to be kind when no one expects it, curious about the things others take for granted, and confident enough to change the world.

Rohit’s presentation was one of the most successful in our chapter’s history … his presentation drew rave reviews for delivering real content in an entertaining and easily accessible style.

After a long day for our attendees, I was originally reluctant to have a post dinner address to our marketing executives. However, Rohit’s content and delivery had us hanging on his every word. He somehow feels the mood of the audience and tailors his message accordingly. This is not the first time we have used him, nor will it be the last.

The best general session I have ever attended. Enjoyed the specific examples he gave. Far too often speakers pontificate or entertain, which is fun at the time, but then you don’t really use it afterward. I feel like I’ll actually use the things I learned from this session.

Rohit’s ability to simplify and portray marketing tactics that any marketer can implement resonated with our audience, as shown by the number of live social posts during his session. Not only is he credible, but he’s also practical and authentic.

Rohit Bhargava is a master at weaving stories together on stage, taking the audience on a journey, all the while, teaching them about real marketing and business tactics. We’ve worked with Rohit many times and love having him speak at our events.

Over and above being a fantastic speaker, booking Rohit also means you get a partner. Most speakers sign the contract and then perform. Rohit went over and above to help market his keynote, deepen attendee engagement and generate opportunities to build off his speaking engagement. On-stage he is mesmerizing as he guides the audience through trends in modern marketing drawing on his experience as an agency executive and working with 100s of brands.

Rohit’s talk was beautiful, validating, uplifting and contained so much truth. It was one of the best keynote presentations I have ever seen.

Rohit took the time to understand his audience and this was KEY! He also invested time AFTER the session later in the day to thank those who tweeted about his session. And he went several steps further by engaging people in conversation who raised points or questions. Class act! 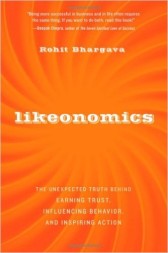 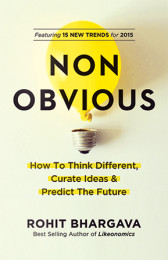