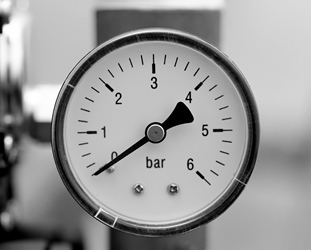 What Do You Do When You Fail?

I had the good fortune to interview Jim Breach, the Vice President of Customer Development, Walmart/Club for Unilever, one the world’s largest Consumer Package Goods manufacturers whose brands include Dove, Lipton, Vaseline and Ben & Jerry’s ice cream, just to name a few.Walmart and Sam’s Club represent the largest Segment for Unilever in North America, so the pressure is always on for Jim and his team to perform.

“2010 started off well” Jim said, “but by middle of 2010, my team reviewed our financial performance expectations and we could see we weren’t going to meet our aggressive targets for the year.That’s when the pressure really pickup up – I had to give a presentation to the senior leadership team that we were going to take the business plan down by a significant amount.While they accepted the reality, they asked me to fix the situation.Unfortunately, we wound up missing the lowered number by another meaningful amount”.

We are hearing from so many of our clients who are dealing with similar high pressure situations where they didn’t meet a target, whether it’s a sales target, a missed delivery date for a major project, or a client who is unhappy with a new product.

The impact of the pressure:

The challenge for Jim going into 2011 was he felt his credibility had been impacted.In addition, his team of over 125 people were feeling dispirited as they were not used to missing their targets. Finally and most personally “there was a re-organization at the beginning of 2011 and I thought my job was at risk.I thought I had failed.”The pressure doesn’t get any bigger than that at work!“I started to doubt myself: was I making the right decisions, going in the right direction? For a short time, the anxiety of losing my job lead me to start managing not to lose my job.I was worried about pleasing the bosses so they wouldn’t fire me”

How to handle the pressure:

“I decided stop worrying about the bosses and whether they were going to keep me, and focus on what the team and I felt would be the best course of action to turn the business around” Jim decided.

Once he stopped focusing on the pressure of losing his job (a decision he had no direct control over), Jim became a better leader “I was more open and aggressive about my points of view – I had more courage in the meetings to sit down in front of the senior leaders and say “this is wrong”.I knew what the right thing for my team was and I was not worrying about whether I’d keeps my job.The hardest thing was to have enough faith in my team to empower them (and not tell them what to do), but still take accountability for the results.I trusted them and put my career in their hands.This helped me develop a deeper belief in myself and I believed we could turn things around.I didn’t feel as much pressure anymore.

How does this story of high pressure end? In 2011 and 2012, Jim and his team were able to turn the business around and take market share from their competitors.Many of his key people from that team have now been promoted to new key positions at Unilever.Most importantly Jim says “I feel solid in my career and confident in my position at Unilever, and I know I can handle whatever high pressure situation comes along next time”.

Thanks for reading this far!