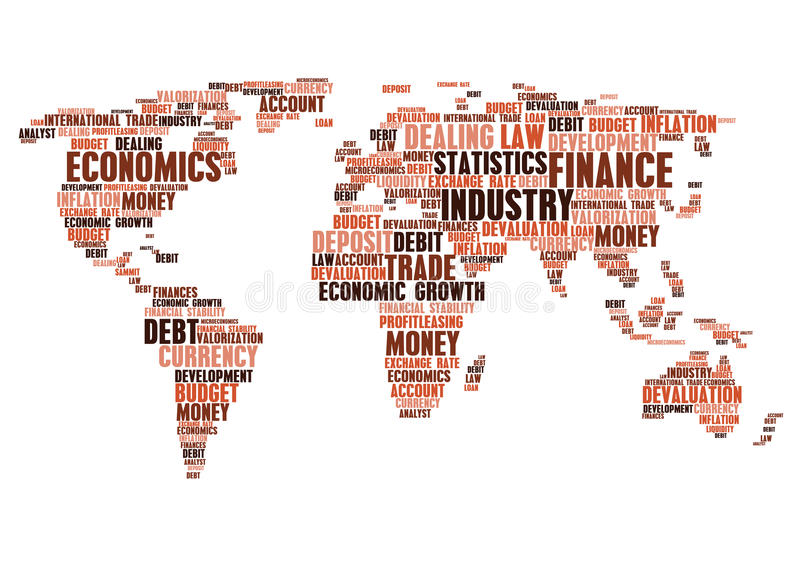 You wake up and tell your flat screen to turn on so you can watch the morning financial news. As your personal robot delivers you a warm cup of coffee, you learn about continued stagnant growth in Europe, more jobs are being reduced by automation in China and India, and factories are returning to the U.S.

Is this a dream or is the future? According to these thought leaders, these are some of the demographic, technological, and financial trends heading your way. The good news is that there is a lot of good news in your economic future.

Here is a preview of what’s to come in the not too distant future.

1. Changing demographics will impoverish Europe, China, and India. According to geopolitical expert Peter Zeihan, the world is getting old. While this is great for cosmetic surgeons, this change in demographics will impoverish rather than enrichen the majority of people in Europe, China, and India. In Europe, there are not enough young people to help grow and stimulate the economy.

For China and India, the situation is a little more dire because these countries were not rich to begin with. Instead of going forward, the aging population will make them lose ground.

2. Automation will bring manufacturing back to the U.S. According to disruptive change expert Kevin Surace, automation is going to change the economic landscape. Any job that is simple and routine, like many manufacturing jobs, will be replaced by a machine.

China and India, where much of U.S. manufacturing of takes place, will be two of the biggest economies affected by automation. In fact, they are already losing jobs to machines. Surace points to his own A.I. software testing program, which is replacing the need for human software testers in India.

This bad news for China and India will be good news for the U.S. in terms of manufacturing returning to the U.S. When most manufacturing is done by machines, there is no longer any need to have operations outsourced. While there will be fewer routine jobs in factories, employment will increase from the non-routine jobs associated with factory output.

Machines will free us from drudgery. While routine jobs will be lost to machines, the good news is that people will be freed from the shackles of working like machines. According to Andrew McAfee, more jobs and opportunities will be open for non-routine tasks.

These new jobs will be more rewarding and challenge us, leading to more fulfilling careers where we can explore and learn. For those who are displaced, McAfee says they will benefit from passage of bills for a universal basic income.

Free trade will bring peace and lower priced goods. While free trade is currently under threat by the present administration, the world as a whole is moving towards a market where goods will move without restrictions or tariffs. Trading unions are forming in the Pacific and Europe that will allow the free exchange of goods with the U.S.

According to free trade expert, David Dreier, free trade is the key to world peace and prosperity. Free trade was instrumental to democracy and peace following World War II. Despite what you may think from watching the news, the world is actually a far more peaceful place than when there were tariffs in place.

Tariffs are more of a threat than terrorism. Dreier points to Smoot-Hawley Tariff Act passed by the U.S. during the Depression, which not only created worse economic conditions for the U.S. and abroad, but also helped lead to the rise of political extremism and leaders like Hitler.


Banking will become decentralized. Blockchain technology will disrupt the way we exchange value. While we all know about bitcoin and the wild west of digital currencies, it is really the technology behind these currencies—blockchain—that will change the way finance, trade, and business work in the future.

According to blockchain expert Bettina Warburg, blockchain lowers uncertainty about one another (builds trust) so we can exchange value (sell goods and services) with greater ease. Blockchain will eliminate the need for the traditional middle-man institutions of banks or governments which helped lower uncertainty in the past.

Without the need for banks or governments to ensure transactions, the result will be a distributed, transparent, autonomous system for exchanging value, which is cheaper to use.

The changes, of course, won’t be easy, but the prospects for U.S. business look good with more opportunity ahead.

Kyle Crocco is the Content Marketing Coordinator at BigSpeak, the amazing lead singer of the Duh Professors, and thinks cardio box is a great way to rip up your core.

How To Go From Living in Your Car to Living Your Dream, According to Keynote Speaker and National Geographic Explorer, Albert Yu-Min Lin

To Return to the Office or Not? Experts Talk the New Way of Business