How to deliver speeches and Q&A’s that will wow your audience. 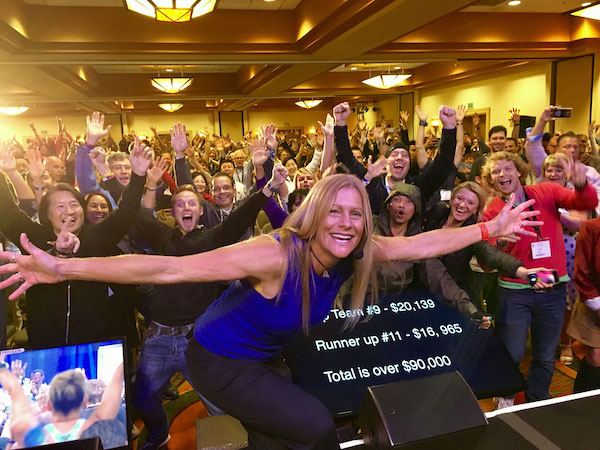 What Makes A Great Motivational Speaker?

What is a motivational speaker?

Peyton Manning, an NFL Super Bowl winning quarterback, suffered a career-threatening injury to his throwing arm that forced him to change the way he played—but he was still able to come back to win a second Super Bowl championship.

Alden Mills was an asthmatic child who was advised by his family doctor to take up chess and give up on playing sports. Instead, Mills went on to become a Navy SEAL Commander and Founder of Perfect Fitness.

Motivational speakers teach us how to overcome obstacles and reach our goals. Using stories from how they overcome adversity, they share strategies we can all use.

Robyn Benincasa focuses on inspired leadership and teamwork. Using stories from her time racing around the world, she shows how audiences can achieve more with others by asking for help, respecting each other, and having empathy.

James Clear developed a system of habits to improve his baseball performance while he was recovering from a traumatic head injury. In his book, Atomic Habits, and his keynotes, he shows audiences how they can form systems of behavior that will have big results over time.

Motivational speakers are great storytellers. They have first-hand experience of overcoming adversity. Some have suffered debilitating physical injuries, while others have overcome personal and professional setbacks.

Molly Bloom shares her story of personal and professional turbulence. After a terrible ski crash took her out of running for the women’s Olympic mogul team,  she came to Los Angeles knowing no one and ended up running the most famous underground poker game in the world. Then she lost that game to a rival, only to build another great game, which was shut down by the Feds. Each step of the way, we are enthralled by how she bounced back.

Jia Jiang became famous for his experiment 100 Days of Rejection, which later formed the basis of his popular TED talk in 2017, and his Amazon bestselling book Rejection Therapy. In his talks, he shares funny story after funny story that draws us in, while showing how he (and we) can overcome rejection.

In the end, motivational speaking isn’t a pep rally. It’s about seeing real people who have survived setbacks and who have developed tools we can all use to become better.

5 Questions You Should Ask Before Booking a Keynote Speaker

How To Present, Price and Package Your Speaking For Virtual Events with James Taylor