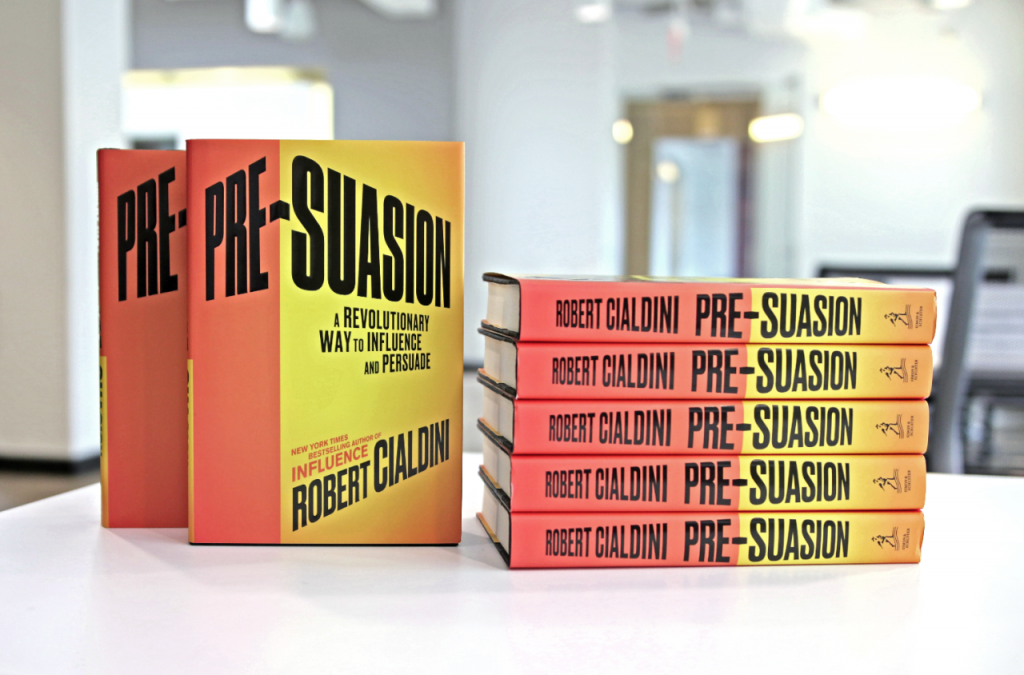 There’s a potent, yet little-recognized, dimension within the practice of persuasion.  It’s called pre-suasion—the process of gaining agreement with a message before it is sent.  Although that may seem like some form of magic, it’s not.  It’s established science.  It works by first putting audience members in a frame of mind that fits with the forthcoming message, thereby intensifying the impact of the message when encountered.

Let’s take some workplace examples, beginning with one designed to get you into the workplace position you want.  When interviewing for a new job in front of an evaluator or team of evaluators, after saying that you want to answer all questions as fully as possible, say one more thing: “Before we start, I wonder if you could answer a question for me.  Why did you invite me to interview today?”   As a consequence, your evaluators will hear themselves saying positive things about you and your qualifications, putting themselves in a state of mind that is favorable to your candidacy before you even begin making your case for it.  I have an acquaintance who swears he has gotten three jobs in a row by employing this pre-suasive technique.

Now that you’ve gotten the job you want, suppose that you want to get your boss’ support for a new initiative or plan you have developed.   Ask your boss for advice concerning your planned work, not for an opinion regarding it.  It turns out that evaluators who are asked to provide advice (versus opinion) on a plan are put in a cooperative state of mind before they even experience the plan, which makes them more favorable to it when they do encounter it.  There’s an old saying, “When we ask for advice, we are usually looking for an accomplice.”  I’d only add on the basis of new scientific evidence that, if we get that advice, we usually get that accomplice.  And what better abettor to have on a project than someone in charge?

Finally, consider one other common workplace hurdle to be cleared—convincing higher-ups that you deserve a promotion.  If you do indeed have to convince your superiors, there is uncertainty for you to overcome.  Research is clear on a relevant point:  When people are uncertain, they are more motivated to avoid losses than to obtain gains.  Therefore, I recommend that when asking for a promotion, you begin making your case not by describing the benefits to the organization that would be gained by assigning you a position of greater responsibility but, rather, the benefits that would be lost or missed if this didn’t occur.  The same rule applies to persuading people outside of our organization of the value of what we have to offer.  The Bose Corporation’s campaign for their new Bose Wave Music System was initially unsuccessful because customers were uncertain about this new product.  When Bose added five words to the top of their ads, sales jumped significantly.  The five words?  “Hear what you’ve been missing.”

Recently, an unconventional yet powerful form of social influence has emerged that even persuasion scientists have only now come to appreciate.  It is pre-suasion; and it is certainly worth recognizing for the remarkable amount of change it can produce.

Robert B. Cialdini is a behavioral scientist, author of the new book Pre-Suasion: A Revolutionary Way to Influence and Persuade and highly sought-after keynote presenter on the ethical business applications of the Science of Influence.