Anderson Cooper is the top anchor for CNN’s Anderson Cooper 360° and a correspondent for CBS’s 60 Minutes, covering the world’s most significant topics for over 25 years. Cooper has been recognized with National Headliner Awards and has earned a series of Emmy Awards for his commitment to journalism.

Anderson Cooper is the anchor of CNN’s Anderson Cooper 360°, a nightly newscast that goes beyond the headlines – keeping politicians and policy makers honest with deep investigations. The show airs on weekends at 8:00pm ET on CNN. Since the start of his career in 1992, Cooper has covered nearly all-major news events around the world, often reporting from the scene. Most recently, he has extensively covered the conflicts in Syria and Egypt, the Boston Marathon bombing, the NSA surveillance programs and the Sandy Hook shootings.

Anderson has also played significant role in CNN’s political and election coverage and has anchored from conventions and moderated several presidential debates. In October 2012, Cooper moderated CNN’s Republican debate from Las Vegas. In addition to his shows on CNN, Cooper is also a regular correspondent for CBS’s 60 Minutes. At CNN and 60 Minutes, Cooper has won numerous major journalism awards. Cooper helped lead CNN’s Peabody Award, winning coverage of Hurricane Katrina, and DuPont award, winning coverage of the 2004 tsunami. Additionally, he has been awarded 8 Emmy Awards, including two for his coverage of the earthquake in Haiti, and an Edward R Murrow award. He has been rewarded with several awards for his work, including a Silver Plaque from the Chicago International Film Festival for his report from Sarajevo on the Bosnian civil war, a Bronze Telly for his coverage of famine in Somalia, a Bronze Award from the National Educational Film and Video Festival for a report on political Islam and a GLAAD Media Award for Outstanding TV Journalism for his 20/20 Downtown report on gay high school athlete, Corey Johnson.

He topped the New York Times’ bestseller list and other bestseller charts with Dispatches from the Edge, his memoirs about covering wars and disasters,. Before joining CNN, Cooper was an ABC News correspondent and host of the network’s reality program The Mole. Cooper anchored ABC’s off-beat overnight newscast World News Now, and was a correspondent for World News Tonight as well as 20/20. Cooper joined ABC from Channel One News, where he served as chief international correspondent. During that time, he reported and produced stories from conflicts in Bosnia, Cambodia, Haiti, Israel, Myanmar, Russia, Rwanda, Somalia, and South Africa, often on his own. Channel One News was a school television network seen daily in more than 12,000 classrooms nationwide.

Cooper got his Bachelor of Arts degree in political science from Yale University in 1989 . He also studied Vietnamese at the University of Hanoi.

I wanted to let you know how smoothly and wonderful everything went last night with Mr. Cooper. He was gracious, warm, and so friendly. My students absolutely loved him and I cannot say enough positive things about our experience. Please share with him that the men of Alpha Phi Alpha said he was their favorite speaker they have ever hosted. Thank you for everything! 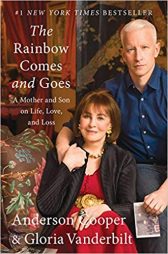 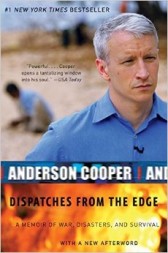