Bob Burg is the perfect speaker when you want to:

Bob Burg shares information on topics vital to the success of today’s businessperson. He speaks for corporations and associations internationally, including fortune 500 companies, franchises, and numerous direct sales organizations.

Although for years he was best known for his book Endless Referrals, over the past few years it’s his business parable, The Go-Giver (coauthored with John David Mann) that has captured the imagination of his readers.

The Go-Giver, a The Wall Street Journal and BusinessWeek Bestseller, has sold over 500,000 copies. Since its release it has consistently stayed in the top 25 on 800ceoread’s Business Book Bestsellers List. It has been translated into 21 languages. It was rated #10 on Inc. Magazine’s list of the Most Motivational Books Ever Written, and was on HubSpot’s 20 Most Highly Rated Sales Books of All Time.

Bob is the author of a number of books on sales, marketing and influence, with total book sales of well over a million copies.

The American Management Association named Bob one of the Top 30 Leaders in Business and he was named one of the Top 200 Most Influential Authors in the World by Richtopia.

Bob is an advocate, supporter and defender of the Free Enterprise system, believing that the amount of money one makes is directly proportional to how many people they serve.

He is also an unapologetic animal fanatic and served on the Board of Directors of Furry Friends Adoption and Clinic in his town of Jupiter, Florida.

“As the keynote speaker at our Exchange 2017 event, Bob was able to tie key themes of our company values into his messaging, which connected with our audience in a meaningful and powerful way. I’ve always been a fan of The Go-Giver and Bob’s philosophy on the Five Laws of Success which I apply in my life. Watching him bring this insight to our audience of more than 500 high-producing real estate advisors and business owners was inspirational. His flexibility, knowledge and passion was greatly valued, and he’s a true pleasure to work with.”

“Bob recently spoke at our National Sales Kick-Off Meeting. We had asked Bob to focus on how we can use our loyal customer base to glean more referrals to help us grow our business. Bob spent more time learning about our business than any speaker we have ever worked with. He then took those key learnings and masterfully weaved them in his presentation to teach, motivate and call our team to action. We have already seen tangible results in the field and expect even more in the days ahead. I would highly recommend Bob to your group!”

“You know you are going to experience something different and life changing from the first moment you hear Bob Burg. Simply put he not only gets what really matters in relationships between people but he knows how to share that knowledge with an audience in a way that is both informative, entertaining and soul searching. You don’t come away from time with Bob without having your life changed for the better.”

“Outstanding! Our sales people and operational managers were glued to their seats and absorbing Bob’s wisdom, stories and expertise. I was particularly impressed with Bob’s preparation. Any member of the audience would have thought he had been around our business for years to speak with that level of confidence and understanding. There is an overall demeanor about Bob that gravitates the audience to his charisma and character. He is sincere and believable, which instantly makes you realize he lives by the Go-Giver concepts. You know a presentation really resonates when 6 weeks later people are still quoting and applying the message!”

“A lot of thought goes into who we invite to speak at our international conferences. In a competitive sales environment, Bob was a great choice, right on the mark and exactly what our team needed. He has vast experience, knowledge and a very engaging style that brings outstanding value with the information he provides. No matter how high-tech the world has become, business success is still all about the relationships. Bob is the best in teaching exactly how to build them.” 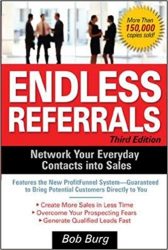 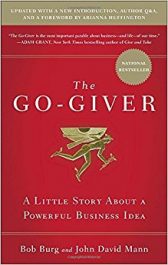