Down Came the Rain: My Journey Through Postpartum Depression

Brooke Shields became famous actress for her roles in Blue Lagoon and Suddenly Susan. She is a highly accomplished television, film, and theater actress as well as model, businesswoman, author.

Brooke became an international fixation at an early age after starring in Franco Zeffirelli’s Blue Lagoonand in the famous Calvin Klein jeans campaign. That campaign made her an icon of the fashion world at age 15. Since then she has graced the covers of hundreds of magazines – most notably Time as the “Face of the Eighties” and Life on three separate occasions.

Shields has worked with such film greats as Shelley Winters, Henry and Peter Fonda, Susan Sarandon, George Burns, Charles Durning, and Hal Holbrook. Her role as glamorous San Francisco magazine writer “Susan Keane” in Suddenly Susan won her two Golden Globe nominations for best actress in a TV series and a People’s Choice Award. She was also awarded four other People’s Choice Awards and the Genii Award for Outstanding Success in Television, Stellar Achievements in Television Performances, and Good Citizenship in the Television Community. Shields is also the proud recipient of the first annual Fun, Fearless, Female Award from Cosmopolitan magazine.

Brooke Shields attended Princeton University where she studied theatre. After graduation, she made her Broadway debut as “Rizzo” in the hit musical “Grease”, for wich she received the Theatre World Award in 1994 for outstanding debut on Broadway.

Brooke Shields is the author of Down Came the Rain: My Journey Through Postpartum Depression and The Brooke Book, On Your Own. A strong advocate for children’s rights and literacy, she is also the author of a number of children’s books, the latest of which is It’s the Best Day Ever, Dad! 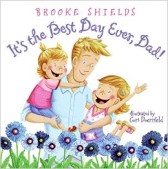 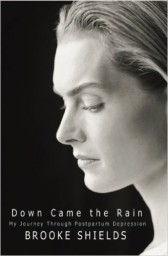