An Evening with Candice Bergen

Candice Bergen is, as noted by critic Vincent Canby in The New York Times, “a beautiful actress who projects intelligence, humor, vulnerability, and self-reliance – all more or less simultaneously”. Candice Bergen proved this every week for ten years as “Murphy” on the critically acclaimed CBS comedy Murphy Brown, for which she received five Emmy Awards and two Golden Globe Awards.

Candice had earlier received extraordinary response for her performances as the personification of the clean-cut, all-American dream girl of the ’40s in Mike Nichol’s Carnal Knowledge; as a college student caught up in the turmoil of a campus revolt in Getting Straight;  and as a newly liberated wife in Starting Over, for which she also received an Oscar nomination for Best Supporting Actress. When she is not acting, Bergen pursues her interests in writing and photography. She has produced magazine articles and photographic essays filled with wit and intelligence, observing the world with a eye for both detail and humor.

She has written an account of her four-week trip to China entitled “Can a Cultural Worker from Beverly Hills Find Happiness in the People’s Republic of China?” for Playboy; a cover story about working with Lina Wertmuller on A Night Full of Rain as well as articles about the Masia Tribe of Kenya and Emperor Haile Selassie of Ethopia for New York Magazine; and a cover story on Charlie Chaplin’s return to the United States for Life magazine. She has also had her writing appear in Esquire, Vogue,Cosmopolitan, and Ladies Home Journal. Her topics vary between her first film, The Group; the mayhem of roller derbies; a social history of Bel Air; Los Angeles Mayor Sam Yorty; Oscar Levant; Paul Newman and Lee Marvin; and the presidential primaries in 1968. 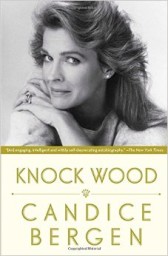