While still in high school, Navarro formed the band ‘Dizaztre’. In 1986 he joined the band ‘Jane’s Addiction’ for which he played guitar. In 1991, he then formed the band “Deconstruction”, releasing one self-titled album prior to their breakup.

In 1993, Navarro joined the Red Hot Chili Peppers, filling the need for a guitarist. He recorded one album with the band and also appeared on an album by Alanis Morrisette. In 1998, Navarro played the guitar for Marilyn Manson’s song “I Don’t Like The Drugs, But The Drugs Like Me”.

In addition to his musical work, the artist has appeared in two movies including, “Floundering” in 1994 and “Uptown Girls” in 2003. He has also taken part in a writing project for Bikini Magazine, with a movie review column titled “Movies & Crap”.

Navarro has written for magazines such as Nylon, Details, Ray Gun, and US Weekly. He has also co-written a book, “Don’t Try This at Home”. He has appeared in the television series Celebrity Poker Showdown and Punk’d. Navarro and then wife Carmen Electra also appeared in a reality TV Series on MTV, which profiled their relationship and wedding.

Dave Navarro served as co-host of the reality TV show “Rock Star: INXS” in 2005, giving him much more exposure and making his name well known among mainstream music fans. 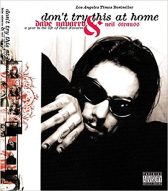 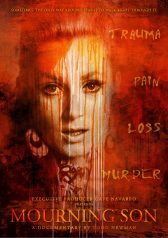