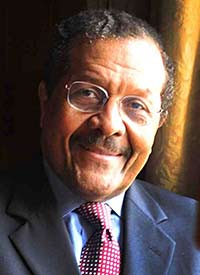 Access to the world for marketing products and services has become faster and easier, but not without some fundamental challenges. It is essential that companies be able to take a concept that has global reach and tailor and adapt those products or services and execution to the local markets it seeks to serve. Awareness of and sensitivity to cultural, social, religious, ethnic, linguistic, political and economic differences, among others, will influence a company’s ability to successfully introduce a global product or service in local markets throughout the world, to gain the desired brand awareness, customer loyalty and profitability

DNA of a Leader

The principles of leadership are timeless; they have not changed over more than two thousand years. What are the attributes and values of a leader: How many “balls” can you keep in the air? How do you practice the “art” of leadership: As a change agent, how do you balance sequence, pace and intensity of change in an organization? Know your people – people get things done…not numbers: What are the roles you must to “play” as a leader to get results? How do you encourage and reward prudent, ethical risk-taking? : Where is the “A” talent?: You cannot afford not to not hire the best. Managers get things done; Leaders do the right thing: At the end of the day, as a leader, you must DO something…make things happen.

As a nation, have we lost our way? What have India and China learned from our past successes that have catapulted them to the forefront in the global economy? How do we reinvest in America’s knowledge base? Diversity is good business; how do we strategically use our diversity in all of its forms: We cannot win if we do not have the best team on the field. How can exports help close the gap? What role should government play in creating the environment for risk taking and demanding a level playing field from countries that have become competitors, not just their companies? How can we leverage our leadership in creating and protecting intellectual property to leapfrog global competitors and reclaim our market leadership around the world?

America has always led in innovation and entrepreneurship. But, in today’s fast-paced, ever-changing global economy, are we putting our best team on the field; are we investing in growth; what can we learn from India and China; what role should the government play in facilitating the transfer of government-sponsored R&D to start –up companies with ideas but little capital to invest in basic and applied R&D (Where is the next GPS product that will revolutionize how technology can be commercialized?)? Innovation & Entrepreneurship does not only apply to technology, it applies to any product or service that spawns high growth and is sustainable.

Dennis Hightower’s Key Accomplishments Include . . .
Dennis F. Hightower has over 35 years of strategic management consulting, operational planning, strategic planning, international general management and corporate governance experience.  As a leader of global enterprises, he has had direct experience negotiating at the highest levels with businesses and governments throughout the world.  His business travels and other work have taken him to 91 countries throughout his career, many with multiple visits.  He has lived in Asia, Europe and Latin America.

Since September 2010, he has been Chairman of a strategic advisory firm that works with small and medium size companies to help them compete in the fast-changing and uncertain global economic arena.

From 2009 to 2010, Dennis Hightower served as Deputy Secretary, U.S. Department of Commerce. In this capacity, he was the Chief Operating Officer of a highly diversified federal government department of  over 50,000 employees and an operating budget exceeding $17 billion, with operations in the U.S. and in more than 77 countries around the world.  He led major change efforts in the department’s budget process, performance measurement, deployment of the Senior Executive Service corps, cyber-security, satellite acquisition, broadband access, and export controls; and intellectual property and international standards reform as a member of the Transatlantic Business Dialogue.

From 1987-1995, Dennis Hightower served as President of Disney Consumer Products based in Paris.   As Disney’s senior executive in the region, he led the company’s entry into Eastern Europe and the former Soviet Union before the demise of Communism; the Middle East (1992) and post-apartheid South Africa (1994); and grew Disney’s business from $650 million to $4.5 billion with 42 countries reporting to him through the 16 subsidiaries and joint ventures in the region.

In 1995, he returned to the U.S. to serve as President of Walt Disney Television & Telecommunications, then Disney’s largest division measured by revenues ($5.2 billion) and operating income ($1.5 billion).  In this role, he managed Disney’s global production, marketing and distribution of network, syndicated and pay-per-view TV, home video, and interactive entertainment; and Disney’s operational support to the Americast joint venture with its four telephone company partners.  He retired from the company in 1996.

Earlier in his career, Dennis Hightower was a manager at Xerox Corporation; senior associate and engagement manager at McKinsey & Co, Inc.; Vice-President and General Manager with General Electric in Mexico; Vice-President of Corporate Planning and a corporate officer of Mattel, Inc.; and Managing Director and Los Angeles office manager with Russell Reynolds Associates, Inc.

After his retirement from The Walt Disney Company, Hightower became a Professor of Management at Harvard Business School, from which he received his MBA degree in 1974.  He served as a full-time member of the HBS faculty from 1996 to 2000, focusing on issues of global management, leadership, building emerging markets and managing change.  He taught in the first year MBA Program and in the Senior Executive Programs in South Africa/Southern Cone and in the Middle East to train future leaders of those regions.  Hightower is also the subject of three Harvard Business School case studies on managing change in Europe, the Middle East and Africa that are taught in the MBA and Senior Executive Programs and in the management programs of business schools around the world.

Hightower has been a guest lecturer at business schools throughout the world including IMD in Switzerland, INSEAD in France and the London Business School; and at the U.S. Military Academy and the USMA Preparatory School.  He continues to lecture at business schools and global management conferences.

Dennis Hightower most recently served on the Board of Directors of Accenture plc and Brown Capital Management.  Previously, he served as a member of the Defense Business Board and the Overseas Private Investment Corporation (OPIC); and on the Boards of Domino’s Pizza, The Gillette Company, Lightfleet (a start-up high technology company), Northwest Airlines, PanAmSat Corporation, Phillips-Van Heusen Corporation, The TJX Companies, Inc., and as a member of the Price Waterhouse Chairman’s Advisory Council.   During his 16 years of board service, Hightower has chaired the Audit, Compensation, and Nominating & Governance committees.

Prior to embarking on his business career, Hightower was a Regular Army officer for eight years, rising to the rank of Major by age 27.  He served in command and staff positions in the airborne infantry, in strategic and operational intelligence positions in the U.S. and abroad, and was an Army Ranger and senior parachutist. While on active duty he was awarded numerous decorations for meritorious achievement and valor.

More About Dennis Hightower . . .
Dennis Hightower has been featured in Fortune, Black Enterprise, The History Makers and a host of other publications.  He received the U.S. Department of Commerce Pioneer Award; the Harvard Business School Alumni Achievement Award; the Harvard Business School African American Alumni Association International Award and the Bert King Service Award; an honorary doctorate degree from Howard University and the Howard University Alumni Award for Distinguished Postgraduate Achievement in Business; the Morehouse College Candle in Business Award; and the Charles R. Drew Medical School Lifetime Achievement Award.  He is listed in Who’s Who in the World and other reference publications.

He has served as a Trustee of Casey Family Programs (the largest U.S. operating foundation serving children in foster care); as a member of the Dean’s Advisory Council and the Board of Visitors at Harvard Business School; as a Trustee of Howard University and Chairman of the Advisory Council of the Andrew Young Center for International Affairs at Morehouse College; and as a member of the Boards of the Corcoran Gallery of Art and the French Heritage Society (which funds cultural and patrimonial projects in France).

Dennis F. Hightower is a founding member of both the Bert King Foundation and the Ron Brown Scholar Program.  He is Co-Chair of the Advisory Council of Camp Atwater, the oldest summer camp for African American youth founded in 1921 in East Brookfield, MA.

A native of Washington, DC, and a product of its public school system, Dennis Hightower graduated from McKinley High School at age 16, as Class President.  He graduated from Howard University at age 20, where he was a member of the varsity swimming, rowing and rifle teams, and a student leader.  Hightower was the top graduating senior in the Army ROTC Program, a Distinguished Military Graduate, and was commissioned a Second Lieutenant in the Regular Army.

Dennis Hightower is also a cancer survivor who was pronounced “cancer-free” in 2005.  His community activities are focused on youth development; providing academic scholarships to financially challenged minority youth; and mentoring young business executives. 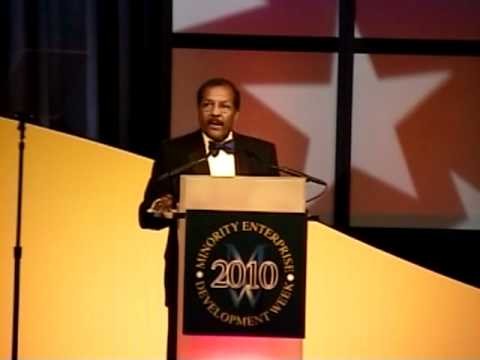 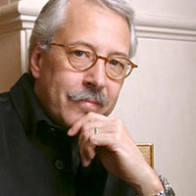 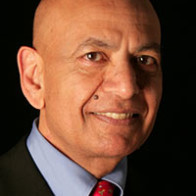 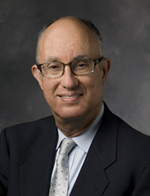