In this talk, Holly Robinson Peete offers her “crazy working momma” tips for maintaining a successful work-life balance. Audiences will walk away and inspired and refreshed, knowing that if Holly can do it – so can they! Robinson Peete’s tips include:...

In this talk, Holly Robinson Peete offers her “crazy working momma” tips for maintaining a successful work-life balance. Audiences will walk away and inspired and refreshed, knowing that if Holly can do it – so can they! Robinson Peete’s tips include:

Not My Boy! A Personal Journey with Autism

In this presentation, Peete shares with audiences a heartrending, candid look inside the personal journey of their son’s autism and offers a first-of-its-kind, inspirational road map that will help families facing similar challenges move forward.

Sharing the Wealth of Health

From Jumpin' to Hangin': Balancing Life

The Importance of Civic Engagement: Never Stand on the Sidelines

Matters of Life: Supporting the Struggles of a Loved One Battling Cancer

Holly Robinson Peete is an actress, author, talk show host, activist, and philanthropist. From her first appearance on the award-winning children’s show Sesame Street at the age of four to her most recent gig on the hit comedy series Mike & Molly has consistently used her celebrity status as a platform to advocate for issues dear to her heart.

Following her father’s battle with Parkinson’s disease, she and husband Rodney Peete, a former NFL quarterback, formed the HollyRod Foundation in 1997 to help improve the quality of life of people with Parkinson’s. In 2005, Foundation’s mission is extended to provide support and resources to those affected by autism when their eldest son was diagnosed with the condition.

Her first book, Get Your Own Damn Beer, I’m Watching the Game: A Women’s Guide to Loving Pro Football, won her the 2006 Quill Literacy Award. A celebrated author, Holly co-authored with her 12-year-old daughter the NAACP Image Award-winning My Brother Charlie, a children’s book about autism from the sibling’s perspective.

Robinson Peete’s longevity and visibility in the entertainment community has led to a successful career as a spokesperson for some of the country’s biggest brands, including Colgate, Skechers, Target, Toys”R”Us, Epipen, and Carnation. She also launched a lifestyle brand of products, with a wide range of product covering everything from women’s clothing and beauty products to home decor and pet products, available at stores like TJ Maxx, Marshalls, and HomeGoods.

Whether discussing how she maintains a successful work-life balance or her son’s autism, Holly Robinson Peete delivers inspiring keynotes filled with vital tips and roadmaps for managing their own lives and careers to her audiences. 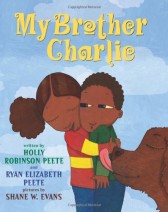 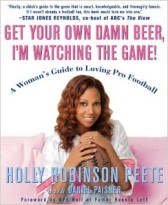