Navigating the Ups & Downs of Life

The Value of Mentoring

Women: We Can Do It All & Enjoy It All Along the Way

Kim Cattrall is an award-winning actress and producer, known to millions of devoted fans around the world for her trailblazing role as “Samantha Jones” in the smash hit television series Sex and the City. Honored with three Golden Globe and Emmy nominations, she is the recipient of a Screen Actor’s Guild award for the role.

Her acting career has all possible aspects, as it contains film, stage, and television experiences. On the big screen, Cattrall has starred in the blockbuster films Police Academy 1; Porky’s; Star Trek 6: The Undiscovered Country; Big Trouble in Little China; Mannequin; Masquerade and Bonfire of the Vanities. Her performance as “Jamie” in the delightful independent feature Live Nude Girls earned her rave reviews at numerous film festivals. Her most recent films include Sex and the City, and its sequel, and The Tiger’s Tail.

A popular screen icon of the ’80s and ’90s whose casting in Sex and the City provided her career with a solid second wind, Kim Cattrall has endured to prove that older women can retain their sexuality and femininity while simultaneously maintaining a vital screen presence. She is a dedicated speaker and advocate for mentoring young women, and her voice is as well as battle cry of the battle against teen pregnancy. 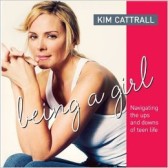