An Evening With LL Cool J

LL COOL J has succeeded in crossing into all mediums of entertainment. His acting resume currently includes in NCIS: Los Angeles, two-time Grammy Award winner and NAACP Image Award winner. He continues to display his wide range of talents in his upcoming projects. Also, he is the recipient of ShoWest’s Male Star of Tomorrow and a Soul Train Lifetime Achievement Award.

From the moment he exclaimed “I Need A Beat!” in his teenage years, LL Cool J has blazed an unprecedented legacy of achievements. He was introduced to the world in 1984 as Def Jam Records’ Flagship artist and is the first rap artist to amass eleven consecutive platinum-plus selling albums. In March of 2006 he released his 12th album.

Known by his given name, James Todd Smith, for all acting credits, 2006 is also a big year for his film career. In January he had a role in Paramount Pictures Last Holiday, alongside with Queen Latifah. The movie impressed critics and a box office success. Later this year he will be seen in Edison, in which he stars with Kevin Spacey, Morgan Freeman, and Justin Timberlake, and Slow Burn, with Ray Liotta.

Over the years, LL has appeared on screen opposite many great actors including Al Pacino and Jamie Foxx in Oliver Stone’s Any Given Sunday, Samuel L. Jackson and Colin Farrell in Sony Pictures summer blockbuster S.W.A.T. , and Gabrielle Union in Focus Features Deliver Us from Eva. Other film credits include Charlie’s Angels, Kingdom Come, Rollerball, In Too Deep, Halloween H20, and Toys. He was awarded a Blockbuster Award for best comedic performance as the Chef in Renny Harlin’s blockbuster action film Deep Blue Sea.

In 2005 Smith moved his career to television screen, with a dramatic and critically acclaimed performance on the season two premiere of Fox’s hit drama House.

Recently, LL has signed a multi-picture producing deal with Lions Gate Films to produce commercially viable product for the studio. In 2006 he also made his official debut in the fashion arena by launching his signature designer collection called Todd Smith during New York City’s fashion week. Slated to be in stores for the Autumn/Winter 2006 season, Todd Smith is a luxury collection of men’s and women’s wear.

Adding the title of author to his credits, LL’s first children’s book, And the Winner Is, was released in the Fall of 2002. Part of Scholastics exciting new series of books and CDs by today’s hottest rap stars called Hip Kid Hop, And the Winner Is tells the story of a young basketball player who learns the importance on winning and losing gracefully. By exploring themes of humility, good sportsmanship, and belief in oneself, the story reveals invaluable lessons that apply both on and off the court. He also penned a 1997 autobiography, I Make My Own Rules. 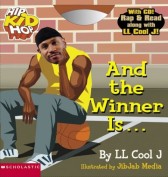 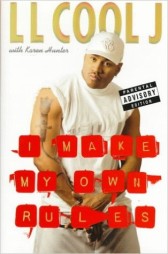