Host of The Michael Smerconish Program on SiriusXM, Host of CNN's Smerconish

In addition to his acclaimed work as nationally syndicated radio talk show host, newspaper columnist and best-selling author, Michael Smerconish hosts CNN’s Smerconish which airs live at 9:00 am ET on Saturday mornings from New York and also provides analysis and opinion on CNN programming throughout the week. Prior to joining CNN, Smerconish was an MSNBC contributor and served as guest-host for Hardball with Chris Matthews. His presentations provide audiences with a balanced, thought-provoking and entertaining analysis of the 2016 presidential election. Smerconish details what he describes as the “rural rebellion” that led to President-Elect Donald Trump’s surprise victory. In so doing, he lends insight that could only come from someone who covered the election from start to finish daily on SiriusXM radio, and participated in CNN’s coverage of every primary, election night, party conventions, all four presidential and vice presidential debates, and spent 9 hours on set for the finale on election night. Smerconish has received numerous accolades for his talk show including the National Association of Broadcasters, which selected him as a 2011 Marconi Award finalist in the category of Best Network/Syndicated Host and TALKERS magazine, which has consistently named him one of America’s most important talk show hosts. He is the host of the Michael Smerconish Program heard exclusively on SiriusXM – POTUS Channel 124 from 9a–12p ET and re–airing again 6-9p ET. Satellite radio has over 25 million paid subscribers and more than twice as many listeners.  He was the first radio host to interview President Barack Obama live from the White House. In addition to his seven interviews with President Obama including his most recent in October, 2012, Smerconish has interviewed Presidents Bill Clinton, George W. Bush, George H. W. Bush and Jimmy Carter as well as Vice Presidents Joe Biden, Dick Cheney and Al Gore. He is the author of six books including two New York Times’ best sellers and his new book, TALK: A Novel (May, 2014). Smerconish’s twice-weekly column in The Philadelphia Inquirer is reprinted in various newspapers both in the U.S. and abroad and he has been a frequent guest on NBC’s Today Show, The Colbert Report, TheO’Reilly Factor and Real Time with Bill Maher just to name a few. He is a graduate of the University of Pennsylvania Law School and today is of counsel to the Philadelphia law firm of Kline & Specter.

“Michael Smerconish was the perfect guest speaker for our fundraiser. Great story teller. Engaging. Topical. Entertaining. Insightful. Approachable. We had a wonderful evening discussing politics and current political issues with Michael Smerconish that was pragmatic and substantive without being personal. Very refreshing.” 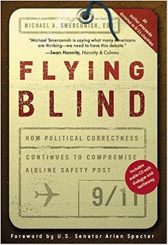 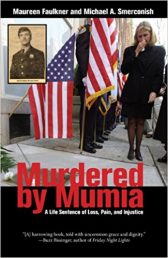 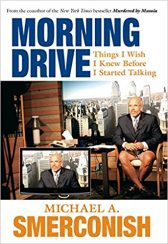 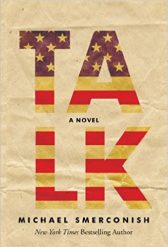