Editor of NewYorker.com; Contributor on CBS and CNN

Nicholas Thompson is the editor of Newyorker.com, where he oversees and manages the magazine’s website. He is also a contributing editor at Bloomberg Television, a technology contributor at CNN International, and a co-founder of The Atavist. He is currently a senior fellow in the American Strategy Program at the New America Foundation. He has also been a senior editor at Wired, at Legal Affairs, and an editor at the Washington Monthly. Stories he has edited and assigned have won many major awards and been made into films—including Ben Affleck’s Argo.

His book, “The Hawk and the Dove: Paul Nitze, George Kennan, and the History of the Cold War,” was published in 2009 and hailed as “brilliant” by The Washington Post and “brimming with fascinating revelations” by The New York Times.

He has appeared multiple times on every major cable and broadcast news network, he appears every Thursday morning to discuss technology on CNNI’s “News Stream,” and he writes regularly about technology for The New Yorker’s web site. He is a member of the Council on Foreign Relations, a member of the Young Leaders Council on The National Committee on American Foreign Policy, and a Whitehead Fellow at the Foreign Policy Association. 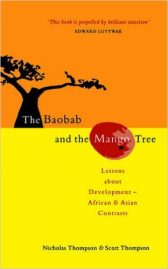 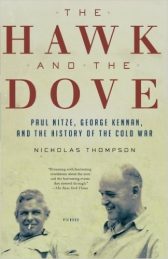