An Evening with Patti LaBelle

A soulful diva whose indelible talent has earned her a rightful place among rhythm and blues royalty, Patti LaBelle is a Grammy-winning R&B/soul singer known for her strong voice and her signature high octave vocal belting. She fronted two music groups, Patti LaBelle and the Bluebelles and LaBelle. One of the greatest female vocalists of our time, Patti LaBelle gave birth to a new era of women’s music and, in the process, influenced a new generation of female singers. She discusses her music career and her advocacy work in engaging keynotes.

Although she is widely known for classic moonstruck ballads such as the duet “If Only You Knew,” “You Are My Friend,” “On My Own” with Michael McDonald and “If You Asked Me To,” she continues to influence current artists such as Missy Elliott, Pink, Mya, Christina Aguilera, and Lil’ Kim who paid homage to the soulful maven with a hip-hop rendition of her 1973 hit “Lady Marmalade” for the Academy Award-winning musical Moulin Rouge. Patti was also featured on VH1’s popular Divas special, accompanied by other superstar talents such as Cyndi Lauper, Jessica Simpson, and Gladys Knight.

As an author, she has written a New York Times best-selling biography titled Don’t Block the Blessings. She also authored the best-selling cookbooks Patti’s Pearls, Patti LaBelle’s Lite Cuisine, LaBelle Cuisine, and Recipes for the Good Life. She has also hosted a lifestyle show, Living It Up with Patti LaBelle, and has expanded her horizons into fashion with Patti LaBelle Clothing, available on HSN and at HSN.com. LaBelle also starred in her own sitcom-series Out All Night and numerous television shows and specials.

A diabetic, LaBelle is a battlec cry of the fight against this awful disease that claimed her mother’s life. She serves as a spokeswoman for the National Medical Association that administers a scholarship in her name, the National Minority AIDS Council’s “Live Long, Sugar” campaign, and the American Diabetes Association. She is also engaged in the boards of the National Alzheimer Association and the National Cancer Institute. The University of Miami’s prestigious Sylvestri Comprehensive Care Center dedicated a special research laboratory in her honor for her work on behalf of cancer awareness. In addition, LaBelle has three honorary doctorate degrees from Drexel University, Cambridge University, and the Berklee School of Music, among a host of other accolades. 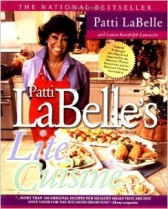 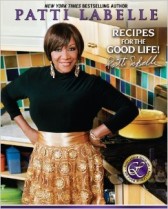 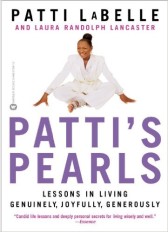 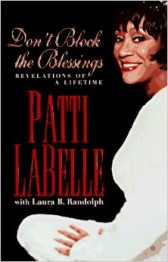