Ryan Pyle is a top adventure keynote speaker, television celebrity, and film producer. In 2002 Ryan moved to China permanently and in 2004 Ryan became a regular contributor to the New York Times. In 2009 Ryan was listed by PDN Magazine as one of the 30 emerging photographers in the world.

Being an Extreme Leader

The Re-Branding of Self

Making Television in the Digital Age

Born in Toronto, Canada, Ryan Pyle spent his early years close to home. After obtaining a degree in International Politics from the University of Toronto in 2001, Ryan realized a lifelong dream and traveled to China on an exploratory mission. In 2002 Ryan moved to China permanently and in 2004 Ryan became a regular contributor to the New York Times. In 2009 Ryan was listed by PDN Magazine as one of the 30 emerging photographers in the world. In 2010 Ryan began working full time on television and documentary film production and has produced and presented several large multi-episode television series for major broadcasters in the USA, Canada, UK, Asia (including CHINA), and continental Europe.

2014 – Explorer of the Year – Geographical Society of Philadelphia

“We have been privileged to host talks by Ryan at LSE on several occasions in recent years. These have always attracted large audiences who have very much enjoyed Ryan’s talk and the chance to engage with him in the Q&A session. His talks have always been informative, entertaining and engaging which can be seen from how many people have listened to the podcasts!”

“It was our honor to pin the Cecilia Beaux pin on your lapel and have you join the legacy list of famous explorers that have also received that honor such as Theodore Roosevelt, Jacques Cousteau and Ernst Shackleton! Since 1891, explorers have taken the stage for this honor and you deserve it for navigating countries like India and China on a motorcycle. The Geographical Society audience loved seeing the video clips of such an adventure which you expertly filmed and presented. Thank you, Ryan!”

Ryan addressed our students in an energetic, engaging, entertaining, and inspiring manner. He was personable, accessible, thoughtful, and thought-provoking.  We particularly appreciated his message about “multiple versions of the self,” where he reminded the students that few paths to success are straight lines and that most people evolve and experience several, different versions of themselves as they discover their passions and search for meaningful work. Ryan reminded our students to remain open to myriad possibilities for their future lives and to try to enjoy their journeys as much as they think they will enjoy their destinations.

“In an ever changing and shrinking world, Ryan’s life’s journey of growth, change, adaptation and exploration is perfect message for today’s students.” 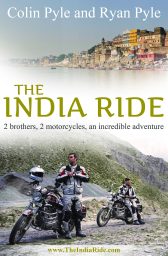 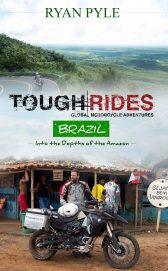 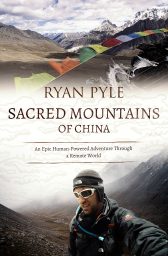 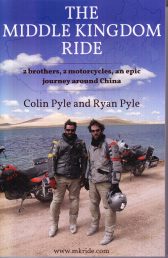