Dancing in the Light

The Power of Mind, Body, & Spirit

A dancer, singer, author, and highly regarded actress, Shirley MacLaine is certainly among Hollywood’s most special stars. A five-time Academy Award nominee, she won a Best Actress Award for playing quirky matriarch “Aurora Greenway” in Terms of Endearment. MacLaine earned her first Oscar nomination for her role in Some Came Running. She went on to display her dancing talents in Can-Can and appeared with “Rat Packers” Frank Sinatra, Dean Martin, Sammy Davis Jr. and Peter Lawford in Oceans Eleven. The only female member of that group, she would later recount her experiences with them in her seventh book My Lucky Stars. She won her second Oscar nomination for the comedy/drama The Apartment, and a third nomination for Irma La Douce. Her career was in high rise during the ’60s, with her appearing in everything from dramas to madcap comedies to musicals such as What a Way to Go! and Sweet Charity! In addition to her screen work, she was part of Robert Kennedy’s 1968 presidential campaign and served as a Democratic Convention delegate. She was similarly involved in George McGovern’s 1972 campaign.

MacLaine went on to be earn her fourth nomination for The Turning Point and to star in hits including Being There, Madame Sousatzka, Steele Magnolias, Guarding Tess, The Evening Star, and most recently Bewitched.

A popular author of several best-selling books about her own personal journeys and new age beliefs that include Out on a Limb and Dancing in the Light, Shirley is known for her faith in reincarnation, angels, the power of crystals and unorthodox beliefs. She has created ShirleyMacLaine.com to serve as a center for spirit, mind and body that affords visitors of all ages the ability explore and interact with the myriad of alternative views relating to the very human concerns of well being, aging, health, and alternative therapies, and other spiritual and intangible issues. The intent of this website is to provide timely information on spirit, mind, and body and to create an environment for learning and personal growth. While keeping her famous sense of humor, Shirley MacLaine remains vocal about spiritual and political issues including the UFOs, reincarnation, environment, and animal rights. In her newest book, Sage-ing While Age-ing, she confronts the realities of growing older, while reflecting on a greater understanding of her place in the universe.

The sister of actor/activist/director Warren Beatty, MacLaine took dance lessons from age two, first performed publicly at age four, and at 16 went to New York, making her Broadway debut as a chorus girl. It was after her appearance on Broadway in “The Pajama Game” that she moved to Hollywood to begin her storied film career in Alfred Hitchcock’s The Trouble with Harry. 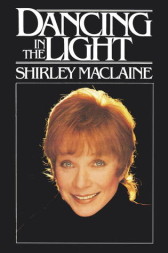 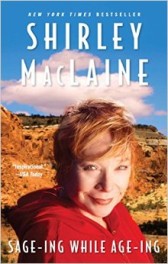