As founding director of the Wharton Leadership Program in 1991, Stewart Friedman initiated the university’s required MBA and undergraduate leadership courses. A top change management keynote speaker, he also started and directs the Wharton Work/Life Integration Project; its mission is to develop leaders and enable change through action learning and applied research.

The Life You Want: Skills for Integrating Work and Life

“For nearly thirty years, my life’s work has been to help people like you find ways to bring the often warring aspects of life into greater harmony.” — Stew Friedman, from Leading the Life You Want You’re busy trying to lead a “full” life. But does ...

“For nearly thirty years, my life’s work has been to help people like you find ways to bring the often warring aspects of life into greater harmony.” — Stew Friedman, from Leading the Life You Want

You’re busy trying to lead a “full” life. But does it really feel full—or are you stretched too thin? Enter Stew Friedman, Wharton professor, adviser to leaders across the globe, and passionate advocate of replacing the misguided metaphor of “work/life balance” with something more realistic and sustainable. If you’re seeking “balance” you’ll never achieve it, argues Friedman. The idea that “work” competes with “life” ignores the more nuanced reality of our humanity—the interaction of four domains: work, home, community, and the private self. The goal is to create harmony among them instead of thinking only in terms of trade-offs. It can be done.

Stew brings passion and practical ideas for action to his highly engaging keynotes. With his worldwide experience as a successful leader of change in organizations for three decades — he’s an accomplished executive, award-winning educator, ...

Stew brings passion and practical ideas for action to his highly engaging keynotes. With his worldwide experience as a successful leader of change in organizations for three decades — he’s an accomplished executive, award-winning educator, widely-cited researcher, sought-after consultant, high-impact coach, and dynamic speaker — he knows how to help people in organizations produce sustainable results.

Now more than ever, a leader’s success isn’t just about being a great businessperson. You have to be a great person, performing well in all domains of your life — work, home, community, and self… and that’s a tall order. Based on his best-selling, award-winning book, this is the challenge that Stew will put before your group; how to achieve greater performance by finding mutual value among all life domains.

This dynamic, interactive experience begins with an overview of Total Leadership — how to achieve four-way wins — and focuses on three principles:

•  Be real — acting with authenticity by clarifying what’s important.
•  Be whole — acting with integrity by respecting the whole person.
•  Be innovative — acting with creativity by experimenting what how things get done.

Participants assess satisfaction and performance in all four domains and the alignment of their actions with their values. They explore what it means to lead with impact in all domains and leave with a game plan and scorecard for an experiment designed to produce a four-way win, along with a peer coach devoted to supporting their progress.

•  Learn how to reframe the idea of business leadership by applying new skills and insights at work, at home, in the community, and within the self.
•  Learn how to transform the way you allocate your attention, skills and resources by identifying your core values.
•  Learn new strategies for engaging others in the process of change.

As founding director of the Wharton Leadership Program in 1991, Stewart Friedman initiated the university’s required MBA and undergraduate leadership courses. He also started and directs the Wharton Work/Life Integration Project; its mission is to develop leaders and enable change through action learning and applied research.  Stewart Friedman also became the Management Department’s first Practice Professor in recognition of his work on the application of theory and research to the real challenges facing organizations.

Stewart Friedman has published numerous books and articles on work/life integration, leadership, and the dynamics of change, including the widely-cited Harvard Business Review articles,Work and Life: The End of the Zero-Sum Game and Be a Better Leader, Have a Richer Life, and The Happy Workaholic: A Role Model for Employees.  His book, Work and Family – Allies or Enemies? was recognized by the Wall Street Journal as one of the field’s best.  With Integrating Work and Life: The Wharton Resource Guide, Stew edited the first collection of learning tools for building leadership skills for integrating work and life.  His most recent book is the award-winning bestseller, Total Leadership: Be a Better Leader, Have a Richer Life. The program it describes is used by companies and individuals worldwide and has been utilized as the central intervention in a multi-year study, funded by the National Institutes of Health, on improving the careers and lives of women in academic medicine.

In 2001 Stewart Friedman concluded a two-year assignment as a senior executive at Ford Motor Company, where he was director of the Leadership Development Center (LDC), running a 50-person, $25 Million operation.  In partnership with the CEO, he launched a corporate-wide portfolio of initiatives designed to transform Ford’s culture, in which over 2500 managers per year participated.  He brought his concept of “total leadership” to Ford Motor, which created measurable change in both increased business results and enriched lives.  While Stew was at Ford, the LDC received major media attention (including profilesin Fast Company, Training and Development, and CIO).  Near the end of his tenure at Ford, an independent research organization (ICEDR) identified the LDC as having achieved “global benchmark” status for leadership development programs.

Stewart Friedman has consulted with a wide range of organizations and executives, including Jack Welch and Vice President Al Gore; he serves on numerous advisory boards and conducts workshops globally on leadership and the whole person, creating change, and strategic human resource issues.

More About Speaker, Stewart Friedman. . .
Stewart Friedman worked for five years in health care before earning his PhD (1984) from the University of Michigan.

The recipient of numerous teaching awards, Stew appears regularly in business media (The New York Times cited the “rock star adoration” he inspires in his students), and was chosen by Working Mother as one of “America’s 25 Most Influential Men” in having made things better for working parents.

Stewart Friedman was named to the prestigious Thinkers50 list of top global businessthought-leaders in 2011.

“Your dynamic and in-depth presentation greatly strengthened our message and helped to make our efforts a success. Your discussion of attaining real, sustainable change through the lens of leadership resonated strongly.”

“Dr. Stewart Friedman delivered the Keynote Address at our National Conference on Health, Productivity, and Human Capital.  He inspired attendees to assess and address both their individual challenges and those of their employees in creative and novel ways.  It was an excellent start to an event dedicated to promoting productivity, health and well-being not as trade-offs, but as simultaneously achievable outcomes.” 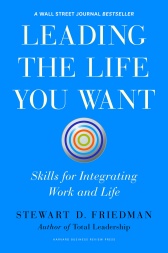 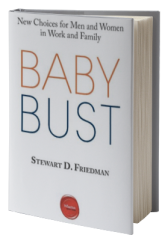 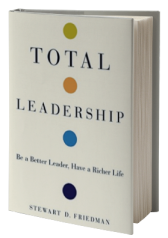