There’s so much more to Tommy Lee than his roller coaster drum solo — but if you’re looking to get into the head of one of rock and roll’s most innovative and iconic personalities, experiencing the Motley Crue drummer’s latest extravaganza is a damn good place to start.

Electronic house beats lay the foundation for his over-the-top solo, which has Lee performing on a drum kit that moves around a looping roller coaster track, stopping upside down and sideways as the drummer blasts along with the chest-pounding beats.

T-Lee isn’t the only one left sideways — audiences are stunned, and what they’re experiencing is just the beginning.

Motley Crue have sold more than 80 million records worldwide — in excess of 25 million in America alone — and have played in front of some of the biggest crowds in rock history, from their grand unveiling at the US Festival in 1983, to the Moscow Music Peace Festival in 1989, to co-headlining OZZfest 2010 alongside Ozzy Osbourne. Throughout it all, Tommy Lee has remained a pioneering and trailblazing presence, influencing countless aspiring drummers and inspiring himself by continuing to push the sonic envelope.

Tommy Lee is one of the greatest drummers in rock and roll history because he’s always been about more than just rock and roll. He’s about transcending expectations and shattering preconceived notions. He’s about finding the filthiest, nastiest beat imaginable, and transforming it into the sexiest mother-f*cking sounds to ever move our hearts and drive our souls. He’s not about definition, he’s about exploration — size matters, but innovation is his mother of reinvention.

Tommy Lee is making just as big a mark on the underground as he is on the mainstream. Along with DJ Aero, Lee has become a fixture on the worldwide DJ scene, and the duo are rapidly becoming one of North America’s hottest EDM acts, their electro-house mixes pulverizing audiences with fist pumping bleeds of jagged techno, heart-pounding progressive tendencies, and an infectious nod to the hip-hop styling that earmarked Lee’s two Methods of Mayhem releases.

He’s the founding member and pioneer drummer for the legendary band Motley Crue by night, and he’s a face-melting DJ of mind-warping stature as late-night pulses into daylight. 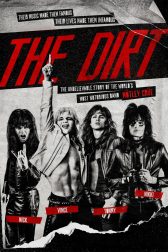 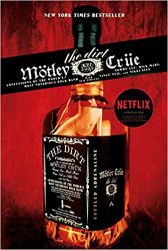