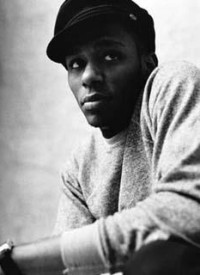 Talent can be defined in a lot of different ways. It can be an gift of nature or a learned proficiency. Sometimes, it’s a potent mixture of both, which happens to be the case with Dante Smith, the urban artistic visionary who goes by the pseudonym Yasiin Bey (formerly Mos Def). Regarded as one of the world’s most renowned and prolific lyricists, the 30-something virtuoso has crafted an illustrious career, while inheriting the moniker “golden boy of hip-hop” and injecting his unconventional and often political artistry into the pulse of the contemporary urban musical landscape.

The Emmy and Golden Globe Award nominated street scholar has not only shown his versatility but his fortitude and promise as a thespian, gracing the silver screen in a spectrum of blockbuster hits. In 16 Blocks, he served as a timid witness to a dirty cop’s crime opposite Bruce Willis. He was in the role of a hearing impaired explosive expert in The Italian Job, an aspiring rapper turned cab driver in the hip-hop love story Brown Sugar, made an impressive turn as a second generation prison guard in the controversial drama Monster’s Ball, and deeply portrayed a Nigerian immigrant with a distinct Yoruban accent, caught in the midst of the Brazilian drug game in Journey to the End of the Night. He can most recently be seen co-starring in the outrageous comedy Be Kind Rewind featuring Jack Black and in Toussaint, which unveils the real life story of the 18th century Haitian Revolutionary and military strategist who single handedly defeated an age of French colonialism.

His creative evolution has been a continuous development from his humble beginning as a magnetic b-boy. He delivered thought-provoking prose during organic street corner ciphers, creating a fertile training ground for his multiple talents and socio-economic/political awareness. The outspoken philanthropic MC has been embraced by academic intelligentsia, while addressing issues ranging from the plight of political prisoners to social injustices in Third World countries. Whether writing letters of encouragement to ostracized Black Panther member Assata Shakur or sounding of political anthems in opposition to Hurricane Katrina, the urban wordsmith has never been defeated by controversy. His unique blend of humor and charismatic wit has not only given an intellectual voice to the very genre that birthed him, but has assisted with mastering the art of showmanship in music, TV, film and theater. Opting to remain esoteric regarding his personal life, we do know that the introspective father and devout Muslim has fashioned a career trajectory that has proven the rap community’s talents can transcend its natural paradigm.

Although many of hip hop’s luminaries have produced a cross-pollination of their diverse talents through various creative mediums, only few of them have remained culturally relevant to their grassroots origins. Bey has never compromised his street cred, and neither has his lyrical potency diminished. The appellation of his forthcoming musical project, The Ecstatic, parallels his inimitable personality–bold, inspiring and passionate–while the sheer ingenuity of Black on Both Sides featuring his partner-in-rhyme celebrated MC, Talib Kweli, remains one of hip-hop’s classic archetypal works of art.

His various talents know no limit as he prepares to take the literary world by storm, with the Toni Morrison inspired novel, Black 2.0, providing an illustrative exploration of progressive african american culture through innovative design. As a TV host he brought us six seasons of the standout Peabody Award Winning HBO Def Poetry Jamseries, through which he provided the ultimate intermediary between underground spoken word poets and seminal icons such as Amiri Baraka, Sonia Sanchez, Nikki Giovanni and Saul Williams to his audiences. After all, this multitalented artisan most aptly immortalizes his legacy through song, fulfilling his prophetic lyrics: “these elements help evolve my scripture/and make mosdef a classic modern figure.” 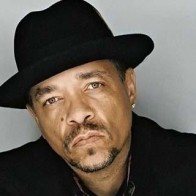 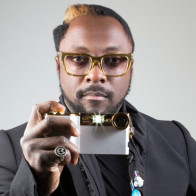 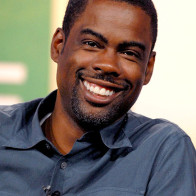