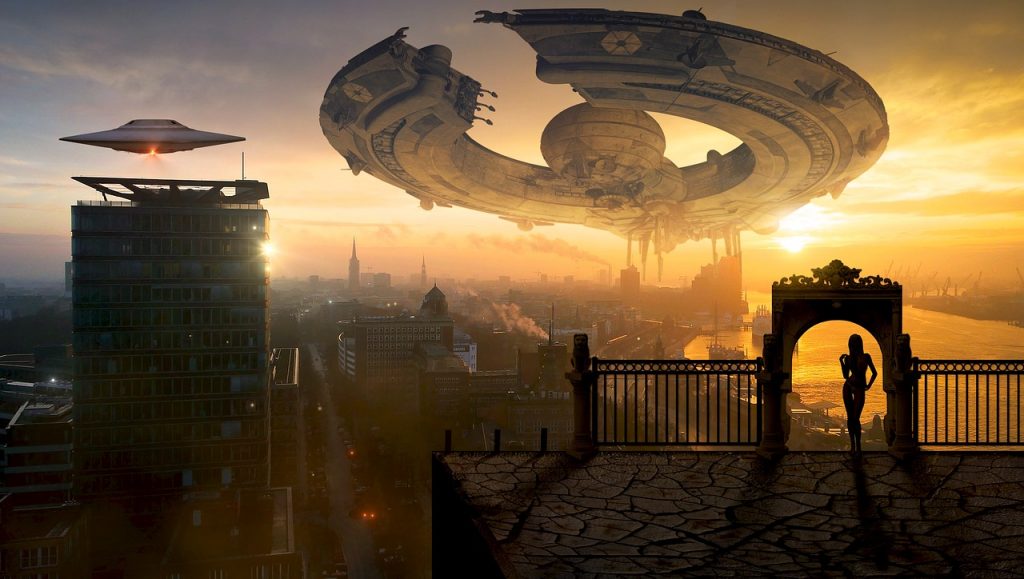 Technology and futurist keynote speakers are experts in innovation, big data, blockchain, and artificial intelligence. In some cases, these speakers literally demo new, game-changing technologies on stage. They are renowned entrepreneurs, researchers, strategists, and forecasters. Their talks focus on emerging topics of cloud computing, social media, communication platforms, IT, knowledge networks, medical technology and beyond.

Whether your company is on the verge of a high-tech breakthrough, or you still can’t change the defaults on your phone, these top technology keynote speakers can help you. Their takeaways will help you revolutionize your organization, markets, customers, and society at large.

Kevin Surace is a futurist speaker, creator of the first smartphone and digital assistant, and veteran of over 15 main-stage TED talks. He is widely known as a dynamic public speaker, who educates and energizes audiences to action with his personal brand of “Edutainment.”

Nancy Giordano is an exciting strategic futurist and corporate strategist. Her talks help businesses understand the intersection of tech, business, and society so they can improve their strategies going forward.

Tan Le is a top innovation and business speaker, technology entrepreneur, and founder and CEO of EMOTIV. Her moving talks focus on innovation, and A.I.,  which often feature amazing demos of her groundbreaking brainwear.

Sunil Gupta is an expert on digital strategy and Chair of the General Management program at Harvard Business school. He helps companies understand how digital technology impacts consumer behavior and firm strategy.

Erik Qualman is a top technology speaker, bestselling author, Pulitzer Prize nominee, and social media expert. Named one of the top 50 professors in the world, his entertaining and fun talks teach audiences about innovation and digital leadership.

Mike Walsh is a top innovation and futurist speaker. Rather than focusing on the distant future, Walsh looks at what the next five years will bring. His most recent book The Algorithmic Leader shows leaders and businesses how to adapt to the age of algorithms.

Adam Cheyer is a top A.I. expert and Co-Founder of Siri. His talks focus on the future of artificial intelligence and how it will affect your business.

Daniel Kraft is an expert on the future of medicine and Founder and Chair of Exponential Medicine. His enlightening talks focus on how new technologies are changing healthcare and the practice of medicine.

Bettina Warburg is a blockchain researcher and Co-Founder of Animal Ventures, which helps companies take advantage of advanced technologies. Her cutting-edge talks focus on the emerging practices of blockchain technologies for business.

Steve Wozniak is a top technology speaker and innovation expert, cult icon, and Co-Founder of Apple Computer. A fun and lively personality, he teaches audiences about creativity and innovation in technology.

Tan Le is a top innovation and business speaker, technology entrepreneur, and the founder and CEO of EMOTIV. She was chosen by Fast Company as one of the Most Influential Women in Technology in 2010, and picked by Forbes for 50 Names You Need to Know in 2011. Her company EMOTIV is a leader in brain wearables, which offers access to advanced brain monitoring and cognitive assessment technologies. Her talks focus on innovation, and A.I.,  which often feature amazing demos of her groundbreaking brainwear.

Adam Cheyer is a top technology speaker and A.I. expert. He co-founded Siri, which was acquired by Apple, and later co-founded Viv, which became the basis of the digital voice assistant Bixby for Samsung phones. Cheyer is a pioneer and expert in the areas of distributed computing, intelligent agents, and advanced user interfaces. He is the author of fifty-nine peer-reviewed publications and has more than twenty issued patents. His talks focus on the future of artificial intelligence and how it will affect business.

Mike Walsh is a top innovation and futurist speaker, bestselling author, and IoT expert. He is the CEO of Tomorrow, a global consultancy on designing business for the 21st century, the bestselling author of Futuretainment, and publisher of the “Disruptive Future” blog read by thousands of professionals. Rather than focusing on the distant future, Walsh’s talks focus on the next five years.

John Ellis is a technology and futurist keynote speaker, author, software expert and Head of the Ford Developer Program with Ford Motor Company. As the Global Technologist and Head of the Ford Developer Program John’s team delivered a number of automotive industry firsts including SmartDeviceLink, the open-source version of Ford’s award-winning AppLink technology. His work in the field inspired the book The Zero Dollar Car: How the Revolution in Big Data will Change Your Life. His talks focus on trends in technology and how technology will create interconnected cities, cars, and ecosystems.

Kevin Surace is a futurist and disruptive innovation speaker, creator of the first smartphone and digital assistant, and innovator of the decade. Surace has disrupted every industry he has entered from communications to A.I. to clean energy. He’s been named Inc. Magazine’s Entrepreneur of the Year, CNBC’s Innovator of the Decade, and inducted into RIT’s Innovation Hall of Fame. While he has a deep technical background, he has been featured in over 15 TED talks and is known as a dynamic public speaker and true entertainer who has excited, educated and energized audiences to action with his personal brand of “Edutainment.”

Steve Wozniak is a top technology speaker and innovation expert, cult icon, co-founder of Apple Computer, and bestselling author of iWoz: From Computer Geek to Cult Icon. He is responsible for designing the Apple II, the first personal computer that had the ability to display color graphics. For his contributions to technology, he was inducted into the Inventors Hall of Fame in 2000. His talks focus on creativity and innovation in technology.

Erik Qualman is a top technology speaker, bestselling author, Pulitzer Prize nominee, one of the top-50 professors in the world, as well as a social media and technology expert. Currently, he works as an MBA Professor at the Hult International Business School, and is founder and owner of socialnomics.com, which PCMagazine ranked as a Top 10 Social Media Blog. His book What Happens in Vegas Stays on YouTube, was nominated for a Pulitzer Prize, and his book Socialnomics: How Social Media Transforms the Way We Live and Do Business, is a bestseller. His talks focus on innovation and digital leadership.

Ray Kurzweil is one of the world’s leading inventors, thinkers, and futurists, with a thirty-year track record of accurate predictions. Called “the restless genius” by The Wall Street Journal and “the ultimate thinking machine” by Forbes magazine, Kurzweil was selected as one of the top entrepreneurs by Inc. magazine, which described him as the “rightful heir to Thomas Edison.” PBS selected him as one of the “sixteen revolutionaries who made America.” His talks focus on the impact of technology on business.

Gerd Leonhard is a widely-known and top-rated futurist, with over 1500 engagements in 50+ countries since 2004 and a combined audience of over 1 million people. Leonhard focusses on near-future, ‘nowist’ observations and actionable foresights in the sectors of humanity, society, business and commerce, media, technology and communications.

Daniel Burrus is considered one of the World’s Leading Futurists on Global Trends and Innovation. The New York Times has referred to him as one of the top three business gurus in the highest demand as a speaker. He has delivered over 2,800 keynote speeches worldwide, and is a strategic advisor to executives from Fortune 500 companies, helping them to develop game-changing strategies based on his proven methodologies for capitalizing on technology innovations and their future impact.

Erica Orange is a technology speaker, futurist, and Executive Vice President & Chief Operating Officer of The Future Hunters, one of the world’s leading futurist consulting firms. She evaluates emerging social, technological, economic, political, demographic and environmental trends—and identifies the strategic implications (the “So what?”) of those trends for several of the most influential Fortune 500 companies, trade associations, and public sector clients.

Peter Diamandis is a top innovation keynote speaker, futurist, Chairman/CEO of the XPRIZE Foundation and Celularity, and a New York Times bestselling author. As founder and chairman of the XPRIZE Foundation, he leads the world in designing and operating large-scale incentive competitions; and as Co-Founder & Exec Chairman of Singularity University, he helps counsel the world’s leaders on exponentially growing technologies. Diamandis talks focus on the bright future technology will bring.