Ideas are Easy, Execution is Everything

John Doerr joined Kleiner Perkins Caufield & Byers in 1980 and has since backed some of the world’s most successful entrepreneurs, including Larry Page, Sergey Brin and Eric Schmidt of Google; Jeff Bezos of Amazon.com, and Scott Cook and Bill Campbell of Intuit. John’s passion is helping entrepreneurs create the “Next Big Thing” in mobile and social networks, greentech innovation, education and economic development. Ventures sponsored by John have created more than 200,000 new jobs. John serves on the boards of Amyris, Google, and Zynga, as well as several private technology ventures. He also led KPCB’s investment in Twitter.

John’s technology career began in 1974 at Intel, just as the chipmaker was inventing the groundbreaking 8080 microprocessor. During his Intel years, he held roles in engineering, marketing, management and sales. John also learned about operating excellence from Intel co-founder Andy Grove — insight that he continues to share with entrepreneurs today. He later founded Silicon Compilers, a VLSI CAD software company, and co-founded @Home, the nationwide broadband cable Internet service.

Outside of KPCB, John supports entrepreneurs focused on the environment, public education and alleviating global poverty. These include NewSchools.org, TechNet.org, the Climate Reality Project and ONE.org. John earned B.S. and M.S. degrees in electrical engineering from Rice University and an M.B.A. from Harvard Business School. He also holds several patents for computer memory devices. John is a member of the American Academy of Arts and Sciences, and a member of U.S. President Barack Obama’s Council on Jobs and Competitiveness. 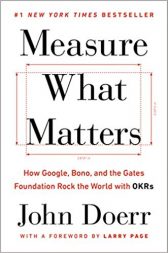 Today, Google is a success story. But before Google/Alphabet took over our world as the gateway to search, the company...