Zero to One: Notes on Startups, or How to Build the Future

Play Business Tips from "Zero to One" - Peter Thiel at Stanford

As a venture capitalist and entrepreneur, Peter has been involved with some of the most dynamic companies to emerge from Silicon Valley in the past decade. Peters first start-up was PayPal, which he co-founded in 1998, and led as Chairman and CEO. Peters tenure culminated in PayPals sale to eBay for $1.5 billion in 2002. After the eBay acquisition, Peter founded Clarium Capital Management, a global macro hedge fund. Peter also helped launch Palantir Technologies, an analytical software company, and serves as the chairman of that companys board.

Before launching Founders Fund with his PayPal partners Ken Howery and Luke Nosek, Peter was an active venture capitalist in his personal capacity, funding companies like Facebook, where Peter was that companys first outside investor and director. Peters contributions to technology, entrepreneurship, and finance have been widely recognized, including by the World Economic Forum, which honored Peter as a Young Global Leader, and by BusinessWeek, which named him one of the 25 most influential people on the Web.

Peter is also involved with a variety of philanthropic, academic, and cultural pursuits. He serves as a primary supporter of the Committee to Protect Journalists, a group that promotes press freedom worldwide; the Singularity Institute for Artificial Intelligence, which seeks to foster the responsible development of advanced computing technologies; and the SENS Foundation, a medical charity dedicated to extending healthy human lifespans. Peter remains active at his alma mater, and has taught at Stanford Law School, in addition to serving on the Board of Overseers of the Hoover Institution at Stanford. 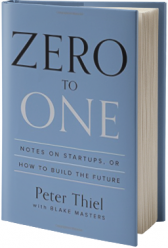