The Future of Indian Economy: Past Reforms and Challenges Ahead

Confessions of a Swadeshi Reformer: My Years as a Finance Minister by Yashwant Sinha

Yashwant Sinha is India’s former Finance Minister 1990-91 and 1998-2002, and former Minister of External Affairs 2002-04. He is credited by many with transforming the Indian economy.

Sinha is well respected nationally and internationally for his insights into India’s economy, and India’s foreign affairs. He is the buoyant voice of India in many international conferences, social and political delegations.

He is most renowned and revered for his tenure as Finance Minister. Sinha is viewed by many as responsible for pushing through several major economic reform measures that put the Indian economy on a firm growth trajectory. These included; lowering interest rates; introducing tax deduction for mortgage interests; freeing the telecommunications sector; deregulating the petroleum industry; and funding the National Highways Authority.

In 1984, he joined active politics as a member of the Janatha party. He became the All-India General Secretary of the party two years later and was elected to the Rajya Sabha in 1988. After the formation of the Janatha Dal in 1989, he became the General Secretary of the party. He served as the Finance Minister from 1990 to 1991 in Chandrasekhar’s cabinet. In 1996, he became the national spokesperson of the Bharathiya Janatha Party. In the Atal Bihari Vajpayee ministry, Sinha returned to the role of Finance Minister from March 1998 to May 2002 and was Minister of External Affairs from 2002 to 2004. 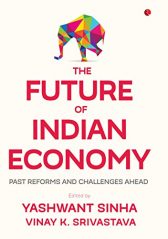 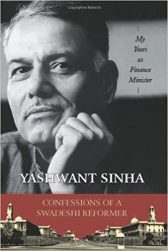